In this special video feature, we sit down with some of the young multitalented artists of Cairo collective Ka2en to dig deep into their debut album 'Bahr' 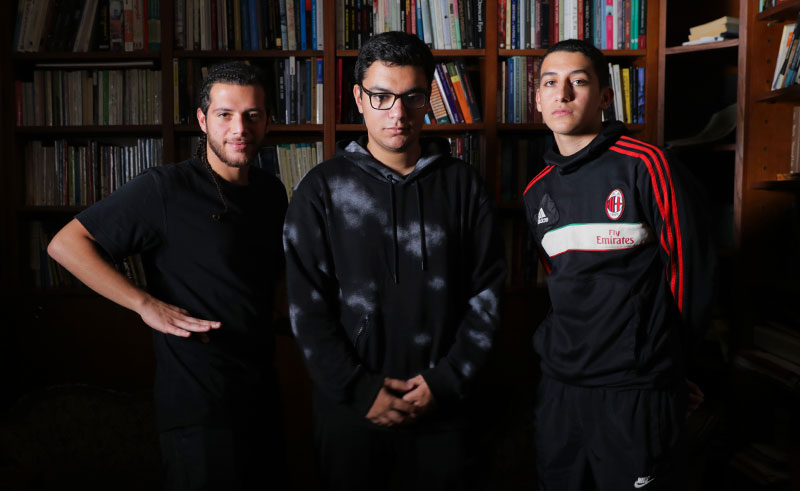 When we talk about the depth and popularity of Egypt’s rap scene, we’re only really dealing with the last five years or so, during which we’ve seen the genre step out of the shadows and into mainstream limelight. It’s been such a turbulent few years that we’re already seeing a new generation come through, one that is doing things their way.

One such example of Egypt’s new breed of rap artist is Cairo-based collective, Ka2en. Consisting of sibling rappers Kamikazem and  Ge11o, singer and keyboardist Ma-Beyn, producer/rapper Sudam, and producer/visual artist Lil Abad, the young group have wasted no time in making a mark, despite only making music together for less than a year.

Their debut album, Bahr, added the cherry on top of a 2021 that has seen them gain more and more fans, a first outing that has painted the crew as an intelligent, witty and thoughtful hive, their lyrics reflecting everything from personal troubles to wider topics such as mental health.

Fluid in their workflow and their inner dynamics, the group boasts a seamless chemistry, something that is immediately obvious in ‘Bahr’, an album that represents just the beginning for a unique collective voice as we found out when we sat down with some of the Ka2en troops.