The leading music streaming platform in the MENA region showcased their new visual identity and premiered a new partnership with superstar Amr Diab as he lit up Burj Khalifa in a mega projection. 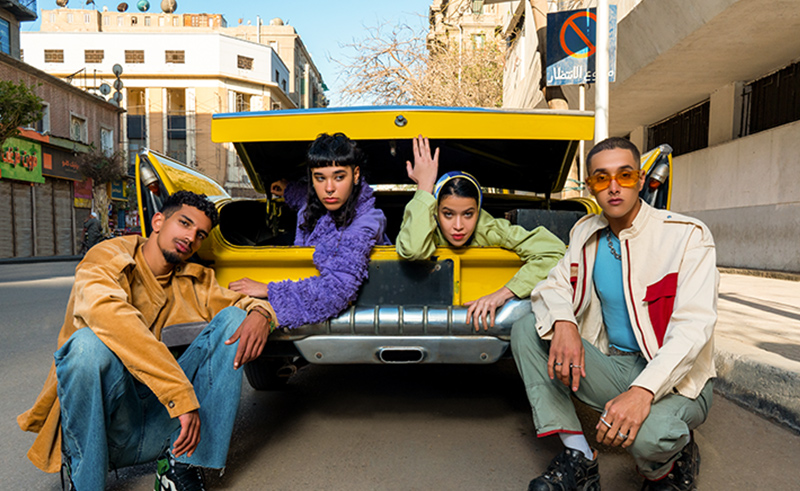 For years, Anghami has been the most important music streaming platform in the MENA region, being the only platform of its kind featuring both old and contemporary music in the region.

Today, nearly a decade into its formation in 2012, Anghami has built a catalogue of 72 million Arabic and international songs and podcasts, making it the market leader for streaming in the region, with a 58% market share.

Anghami’s new visual identity dropped on March 3rd across all their digital and social platforms, marking an exciting new era for the streaming service. The mission with this new direction is simple; to empower Arab youth everywhere to create and connect with the world, carrying the voice of Arabs to project it onto the global stage.

The company showcased their new identity in Dubai with astonishing projections on the tallest building in the world, the Burj Khalifa. The new visual identity includes a new logo with four flowing lines in yellow, blue, green and purple.

Commenting on the new identity and logo, Elie Habib, Co-Founder and Chief Technology Officer of Anghami, said: “An identity is more than mere symbols... it is about the sounds we create in our community. With our new logo, colour scheme, typeface, and tagline, we are aiming to lead an evolution in how the Arab youth connects with the world. Today, more than ever, we are ready to serve young Arab talent and help them to make more noise, because the world is listening."