Throughout his career, the Palestinian pop singer has used art as an instrument to steer the arc of social issues, and dedicates his latest EP to his native Sheikh Jarrah. 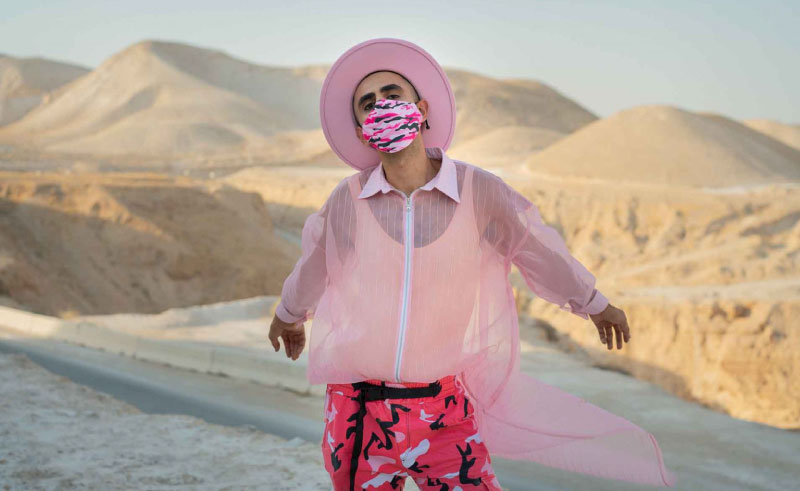 Amongst a generation of insurgent musicians refusing to shy away from confronting social injustices through their art stands Bashar Murad, a Palestinian pop singer based in Sheikh Jarrah, the East Jerusalem district that appears to be an endless well of animated activism and which has been propelled to the international stage owing to its resistance to the Israeli occupation.

In his new EP, Maskhara, Murad provokes with visual innuendos and jovially self-deprecating references to his depression, but situates his assortment of struggles within something wider. Maintaining a subversive and contagiously upbeat energy in which the misery and nausea induced by the occupation is repackaged as an outburst of dazzling high-energy pop, Murad exhibits and embodies the view that art serves a tangible social function of resistance.Distinguished by an unfiltered netting of expression that one can affiliate with his restless East Jerusalem spirit, Maskhara centres the omnipresent web of occupation as the source of his grievances, and so he resists by antagonising it with a comical sense of ridicule throughout the EP. But while sporting a watermelon tee and simply wanting to dance carelessly beneath disco balls, Murad’s endurance is occasionally eroded as he accepts “my fate is out of my hands” in the title track and admits he wants to disconnect in ‘Antenna’.

A prevalent feature of his artistic career and his wider domain has been to demonstrate the capacity - and, arguably, responsibility - of art to serve as an instrument that can steer the arc of social issues. Notably, his main shot to prominence came in the 2019 collaboration with Icelandic techno-punk band, Hatari, shortly after the band raised the Palestinian flag during the final of the Eurovision Song Contest in Tel Aviv.

In ‘Intifada On The Dancefloor’, too, over the distant Elysian cries he casts an overwhelming sense of elation through a flamboyant pop that borders on maximalism. Again, his struggle against occupation takes centre-stage and the song doubles as a reiteration of art’s living role to confront, rather than escape from, social injustices.

Ultimately, despite any personal setbacks, in Murad’s defiant insistence on personifying his art as an avalanche of colour, he may have transcended the occupation’s systemic efforts to subdue him.