The band invites its cult following into an intimate place, where we become accomplices in their commitment to a non-binary growth. 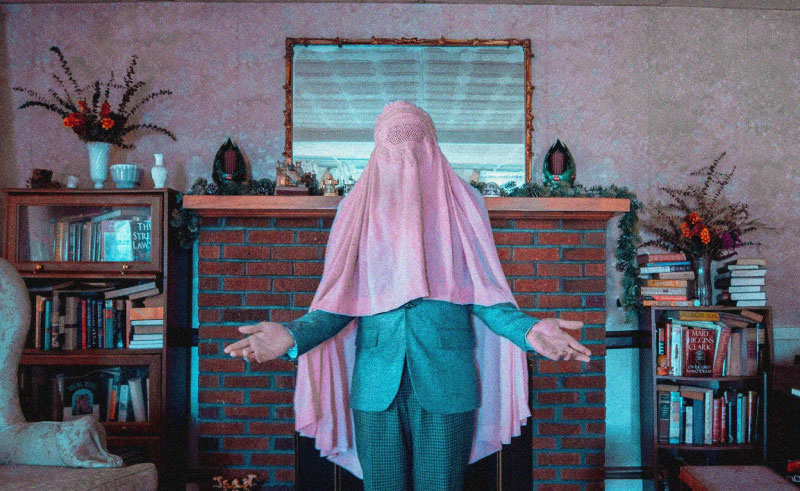 Fragmented, dreamy and euphoric, Blood Cultures, the New Jersey-based enigma of a pop outfit gaining a cult following, have released their daringly ambitious new album, LUNO, an uninhibited affirmation of self.

An experimental sound, LUNO’s synthesising trait is the striking deviation of each song. It is not a flaw but appears to be the band’s intention, for the album expresses an exceptionally coherent embracing of vulnerability, and radiates with the spirit of an unguarded parade of self-acceptance.

Throughout LUNO, Blood Cultures allow listeners into an intimate place. In the ‘Set it on Fire’ video, we are invited to the informality of a day spent camcording and killing time in the backyard and bedroom. Despite the weapons, masks and perverse horror-movie hints, it exhibits a juxtaposing air of playful innocence and commits to the urge of simply trying out.

Perhaps this insistence of innocence is a projection of our own obligation to justify the scene in which we have become implicated, as a show of gratitude towards being welcomed into a personal place. Still, as the album progresses we become more than mere observers of the band’s individual and artistic growth, and we turn into accomplices participating in their journey. Maybe, though, these responses are indeed a manifestation of Stockholm Syndrome as we are held captive to the album’s potent, hypnotic allure of intimacy, or at least the literal mesmerism to which we are subject with the witty Magritte-esque surrealism and David Lynch-inspired imagery in the video for ‘Beneath the Moon and Me’.

A project originally centred around anonymity, Blood Cultures has worn hoods and masks as invisibility cloaks to protect the raw expression of their sound. The anonymity of the band has consistently left followers speculating, while they have deliberately upheld a cloud of concealment, fearing, as they revealed in a 2019 manifesto, that disclosing their personalities could “detach the listener further from the personal connection that they have made with the music.”

But the band has begun to gradually lift their veil to honour their Pakistani-American heritage, seeing it as a moral imperative in recognition of the importance of black and brown representation in the arts, but also to situate their voice in denouncing the myths they have seen their cultures consume and adhere to, namely eastern oppression of femininity and a domineering western toxic masculinity.

Their refusal to declare alignments and orientations, a distinctive quality manifesting throughout the album’s meander between genres, acts as a broader rejection of the structures that have informed the cultural norms to which they have been exposed.

Ultimately, LUNO marks Blood Cultures’ unconfined determination to evolve through non-binary experimentation, an authentic encapsulation of the tumultuousness inherent in the vulnerability of growth.

Egypt’s most underrated rapper and producer, Wezza, bounces back with a powerful [...]
Week Month Year