Cairo-Born Terouz Gets Sinister with Synthwave in 'Big Boy Games'

The Montreal-based artist’s metamorphosis from folk-rock frontman to sinister synthwave soloist comes to a boil in a refreshingly unapologetic piece of audiovisual storytelling. 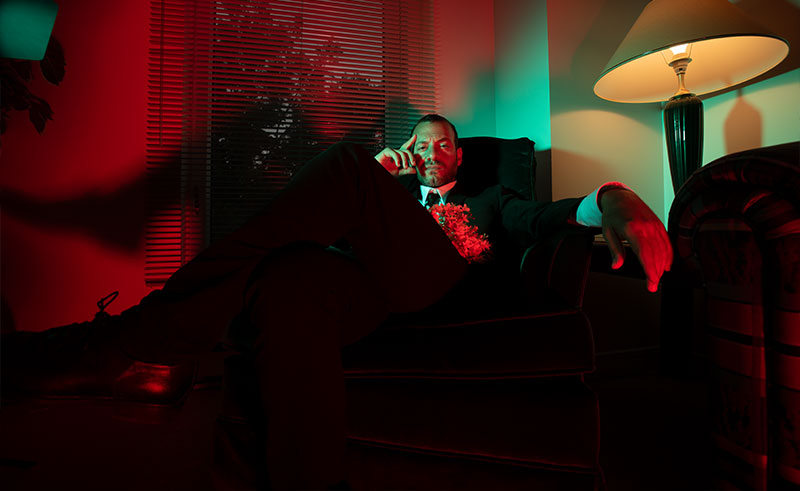 After first making a mark as the frontman of folk-rock group, The Rising Few, Cairo-born Canadian artist, Terouz, has continued what has been a rather fascinating metamorphosis into a noir-kissed synthwave solo act. In August 2020, he unleashed ‘Burn’ a track that fused 80s synths stylings and sweeping, operatic vocals - for his latest release, however, he plunges further into darkness.

'Big Boy Games' is, in Terouz’s words, about “massive ego wars,” and manifests as a reimagination of “epic tales of vengeance and betrayal,” - and he even makes a reference to to one of cinema’s most iconic betrayals, committed by Fredo Corleone against Michael in The Godfather: Part II.Despite these claims, though, this is not a track suffocated by doom and gloom. Sonically, there’s a marching energy to it, a precision and cleanness that was a trademark of the synthwave of the eighties. All of this rationalisation paints a picture of a broody, angry, maybe even bitter artist - but that couldn't be further from the truth. Terouz’s exploration of betrayal and vengeance doesn’t seem seated in some kind of personal vendetta against someone (although it might, who knows?). Instead, 'Big Boy Games' comes across as an exploration of themes that have existed in prose, film, TV and other media for as long as these things have existed. There’s an allure to the concept of vengeance and all of its branching topics, which he explores with a self-directed, self-animated video in which he is the star of the show. It’s a unique and thoughtful piece of audiovisual storytelling, one that doesn’t suffer the complexities of vague and veiled lyrics - it’s refreshingly direct, unapologetic and doesn’t mince its words… or sounds.