The leftfield producer has turned to compatriot Donia Wael and Jordan’s Zaid Khaled for a track that finds inspiration in Future Bass and electro shaabi. 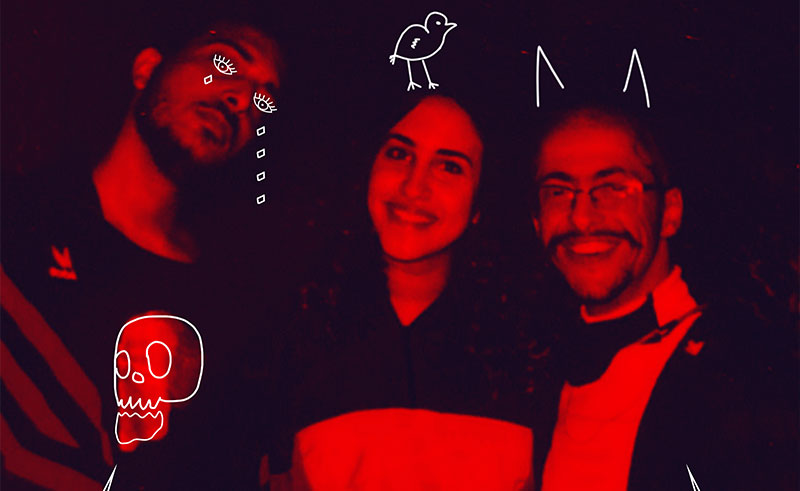 El Waili is a man on the rise. Since first emerging on the scene with a unique brand of shaabi psychedelia, the Egyptian producer has built a rather eclectic catalogue of collaborations that have pushed his sound into new realms and outside of Egypt.

On the back of signing a digital distribution deal with Saudi-based Wall of Sound Records, his latest release sees him bring together two former collaborators in Egypt’s Donia Wael and Jordan’s Zaid Khaled, for a track that straddles some kind of line Future Bass and electro shaabi to form a kind of rapturously rich trip-hop sound.
As has become a trademark of El Waili's work, ‘3dd El Sokan’ is an atmospheric piece, one that utilises a host of sounds, building layers into a cacophony. Bleeping and the jazzy rattle of wood instruments slide listeners into the mood, maintaining an almost ethereal, ghostly aesthetic in its ebbs and climaxing to an almost skittish bounce in its flows, while the touch of Arabic sounds ties it to the producer’s more familiar sounds.

The word ‘familiar’ has to be used loosely here. El Waili’s sound has morphed into something quite indefinable and nebulous, his intelligence as a producer allowing him to work with a range of artists, and letting them inform his approach without betraying his own intuition - and the numbers provide the proof in the pudding, with the track reaching over 51,000 plays on Anghami alone in the span of three days. Big things loom.