A creative tour de force on several fronts, Cairo-born Xander Ghost has the gaze of Egypt’s scene directed towards him - and he seems to be making the most of it. 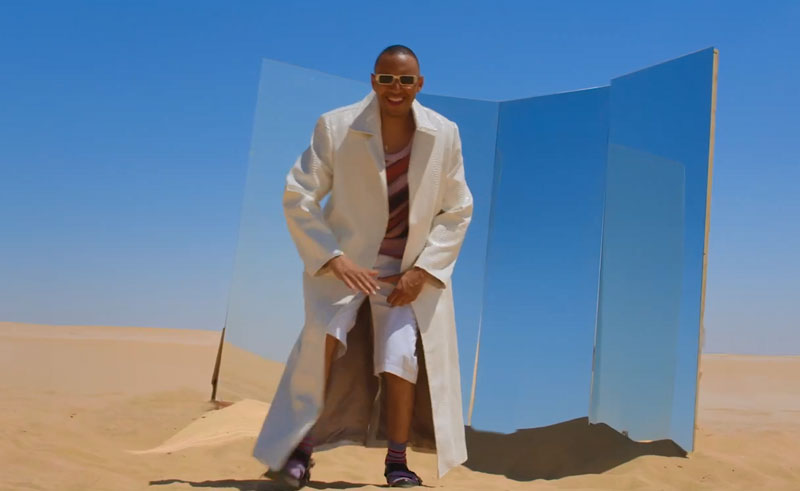 Xander Ghost is a man of many interests and talents, a man who has no issue letting loose and expressing via any artistic medium. The Cairo-born artist is a creative director, a designer and a musician, but since teaming up with producer El Waili - one of the hottest properties on Egypt’s circuit today - for August single ‘Banzeen’, the gaze of the scene in his homeland has been diverting its gaze towards him.

Mr. Ghost is no newbie to the world of music. As a DJ, his sets have turned heads and his original productions have shown him to be a music-maker with a distinctive voice, a vocalist with charisma that treads the line between rapping and singing, as heard in his El Waili collaboration.

For his latest release, ‘Tamasee7’, he wears the hats of writer, producer and performer in a track that sees him step away from the shaabi-inspired stylings of El Waili and towards a more recognisable blend of trap and R&B. While the beat seems simple on first listen, its fluid and fluctuating driving forward a sonic ensemble that puts the trap beat in a kind of late 90s/early 2000s space, when R&B and even neo-soul were dominating charts, long before the genres became entangled and entrenched in pop.The track is maybe not as immediately striking as ‘Banzeen’, not as tangible in its qualities, but alongside a video set in a wide open desert abyss (directed by Mohamed El Masry), it brings us closer to an artist who’s impossibly intriguing, his toils in other creative fields giving him an edge on an increasingly competitive and unforgiving Egyptian scene.