The five-strong collective and label are promising to explore “the music spectrum with a post-new wave take on the hip-hop/rap genre," and their first release hints at plenty of promise. 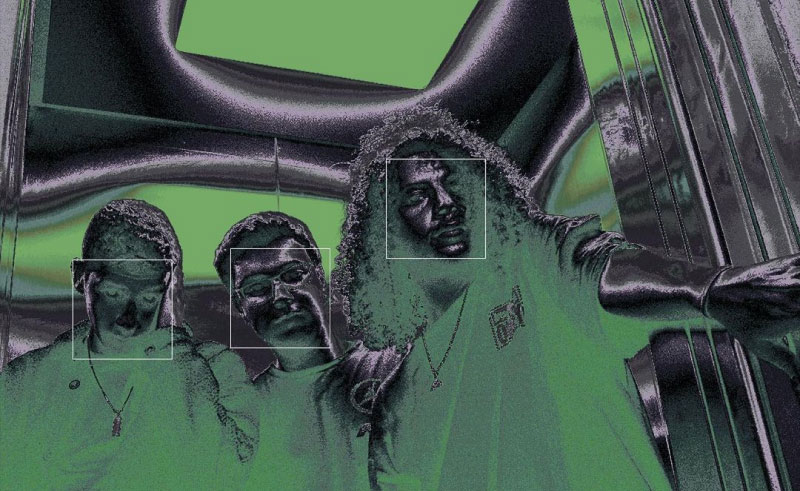 Support systems and communities have become key for the evolution and success of most, if not all, independent artists today. They say “it takes a village,” and in today’s ultra-competitive market, having consistency and stability can be all the difference.

The concept of the ‘artistic collective’, a loosely affiliated group of collaborators that can inspire and drive each other - something new Egyptian collective/label Ka2en, is counting on.

Aiming to explore “the music spectrum with a post-new wave take on the hip-hop/rap genre,” Ma-Beyn, Lil Abad, Sudma, Ge11o and  Kamikazem make-up Ka2en, with their first release, ‘Kannas’, coming courtesy of the latter three.

Before we talk about that, though, let’s take things back.

Ka2en came to life when Lil Abad and Kamikazem found themselves working together, both pondering the idea of launching something bigger. Lil Abad had largely been producing electronic music, while Kamikazem had largely existed in the realm of trap - an interesting combination as it is. They were soon joined by Kamikazem’s young brother Ge11o and his friend Sudma, before Ma-Beyn jumped aboard. The collective brings together an eclectic musical front, one that promises to observe, deconstruct, and experiment with new sounds and ideas.This intention can be heard in the aforementioned debut release, ‘Kannas’, which uses a seemingly floaty flue melody in what is an overall minimal beat. The use of mellow 808s gives more space for other elements to shine, while Ge11o and Kamikazem talk of chasing dreams and taking over the music scene with their work.

With an EP in the works, it will be interesting to see how far Ka2en can push rap, which - in Egypt, at least - could do with a shot in the arm. Can they take the genre into new worlds as they promise to? Only time will tell.