A unlikely alliance, maybe, but one that isn’t wasting time, with the producer’s first release as part of the partnership on its way as part of a digital distribution deal. 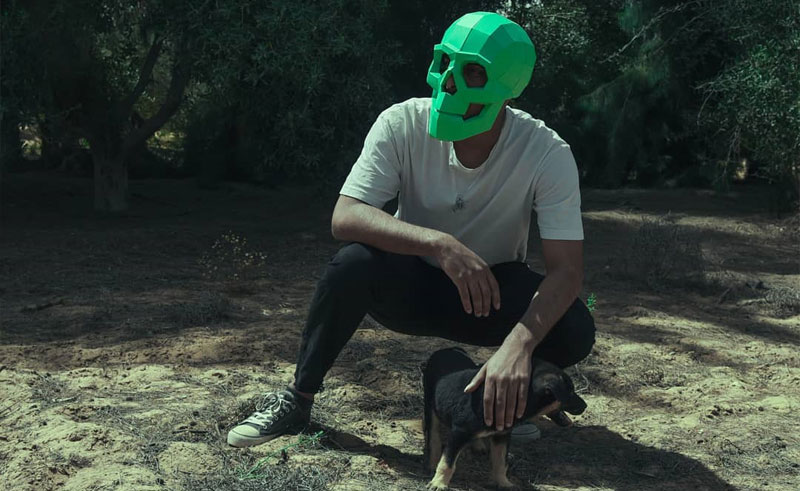 Over the last 18 months, Cairo-based producer, El Waili, has emerged as leftfield, madcap voice on the scene, his production style distinct to anything else being made right now. From 2020's psychedelic shaabi piece, 'El And We El Waili', to his collaborations with Jordan's Zaid Khaled and up-and-coming singers such as Donia Wael and Samar Tarik, El Waili’s sound has been near-impossible to pin down, which has put him on good stead has his reputation has grown and grown.

He’s landed on radars outside of Egypt, too - in Saudi Arabia in fact, where Jeddah-based label and music hub, Wall of Sound Records, have announced him as the latest member of the family as part of a new digital distribution deal that will expand his reach across the region, just weeks after the label also added Jordanian singer, Idreesi, to its ranks.

One day after the announcement, Wall of Sound announced El Waili’s first release on the label, a collaboration with Donia Wael and Zaid Khaled, set for release on Monday 13th of September. What else the future holds is yet to be seen, but a vague post by El Waili on his Instagram captioned: “It's a bird, it's a plane, IT'S MY REBIRTH. Get ready for the upcoming weeks,” suggests that there’s plenty cooking with this new alliance - a referencce to more big news coming up for the young producer.