In a project that knows nothing of this concept called genre, Besh fuses hip-hop with a range of sounds for an inspired, diverse album. 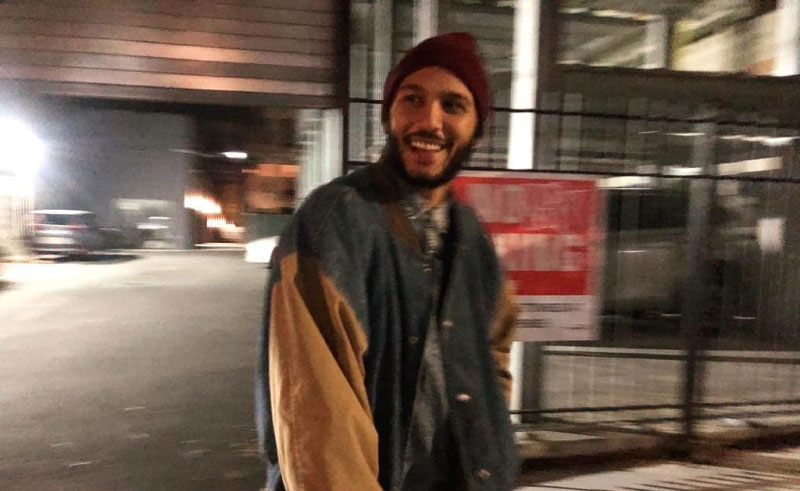 Driven by budgetary necessity as well as in endeavouring to steer their musical direction under a unified front, rappers and artists are increasingly producing for themselves, moves which give musicians the freedom to pursue a more independent path for their art without relying on a second opinion.

No stranger to the limelight and coming off a hot streak after working with prolific producer El Doktor for 7amra in 2020, Brooklyn-based Egyptian rapper Besh is back with his new album Cabrioleh, debuting his producing and audio engineering skills as he works alone.

Besh tells Scene Noise that the inspiration behind his lyrical direction is a duality of the feeling of wanting to take care of others given his tentative and nurturing personality, but admits his flaws and the prevalence of invasive thoughts of simultaneously wanting to establish and exhibit control.

Besh’s lyrics are delivered in a range of approaches, with a diversified flow and subject matter touching upon topics that reflect upon and condemn toxic masculinity, his intense thirst for success, and finding a loophole to enable a subtle discussion of social issues.His own favourite song from the new album, he reveals, is the title track ‘Cabrioleh’. The song emphasises a lack of a roof over the rapper’s ambitions, that nothing can stand between him, his motivation, and God. The beat is in an unorthodox arrangement which resembles an indie-dance track, though with a hip hop twist and an Indian tabla introduced into the mix. Subsequent tracks, ‘El Hend’ and ‘Masalek’, see the rapper flex his production skills as he adds unexpected sounds and twists the song amidst its flow.

For ‘Tal2a’, Besh channels his softer side with a mellow voice over a velvety instrumental, as he wears his heart on his sleeve and exhibits self-awareness, a whole lot of wholesomeness, and mature self-reflection in an honest track.

Besh is constantly reflective throughout the album, but - no spoilers - the end of a certain track sees the rapper tell a smooth but bold statement that may be missed by listeners, so stay attentive.

In ‘Bushwick’, he compares himself to a piece of rolling paper, for its sensitivity and malleability, but also for its durability. Besh proceeds to showcase his guitar talents, another unexpected skill in which he fuses the stringed instrument with a glitchy hip hop beat that calls upon Egyptian percussion and a shaabi-sounding lead.

Meanwhile, for the aptly-named ‘Ala3eeb’, Besh opts for a playful sound and flow that’s as smooth as butter and as mellow as they come, before he closes the album in a dark manner with ‘Placebo’ and ‘El Karnak’, which are marked by hard-hitting instrumentals accompanied by lower, sharper vocals.

The momentum isn’t tiring Besh, and it certainly won’t be the last we hear of the rapper this year, who has two EPs and another album in the works alongside producers Rageh and El Doktor, so keep your ears attentive to the rapid emergence of the rapper.