The Ismailia native has teamed up with producer, Gelba, for an eight-track voyage that seems him step out of the emo-rap label that many had attached to him. 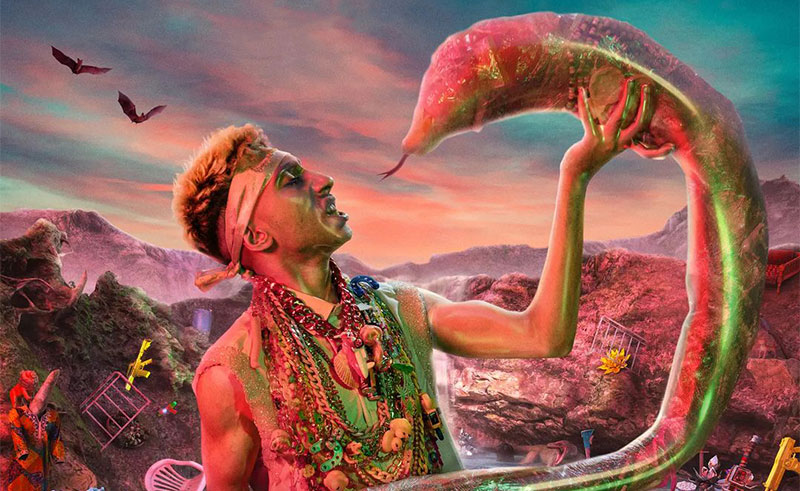 2021 was the year that MOUSV went from being another rapper, to one of the most interesting figures on the Egyptian rap scene. After a spate of releases in the second half of 2020, his debut album, El Sahaba, fulfilled a prophecy, so to speak, taking everything that had put him on the map and amplifying it to the backdrop of outstanding production.

Since that album, a handful of releases have followed, including collaborations with rising producers, Issa&Assouad, and more recently, Abo El Anwar.

Seemingly out of nowhere, the Ismailia native has released his second album of the year, teaming up with producer Gelba for the eight-track Maqsoum - which gets off on an unexpected note.

The opening track, ‘One’ is a straight-up pop track, tinged with a sort-of 80s TV show credits and the rest of the album takes listeners on a ride through various genres, not unlike El Sahaba. 'El Qowa' is a full blown shaabi track and 'Qesa Hazena' rides a soft dancehall-inspired beat, while ‘Mostashfa’, 5 ‘Bel Hob’ and ‘Zaghaba’ take cues from the UK’s rampant drill sound.
The album's penultimate track takes him back towards dancehall, before ending things with an exclamation point with the fast, almost techno-inspired beat of 'Khofash'.

Like Sahaba, this album is a melting pot of sounds that at first listen might seem disjointed. But it’s MOUSV’s lyrical approach, one defined fractured storytelling and a trail-of-thought unfolding, that ties it all together. El Sahaba saw the scene label him as an emo-rapper, his melancholic lyrics and tone carrying it through. This album isn’t so ‘emo’, as it were - if he was hiding his face from the world in that album (as per the famous cover art), then Maqsoum has him facing the world head-on, once again showing a versatility and a willingness to explore sounds that’s rare on Egypt’s rap scene.