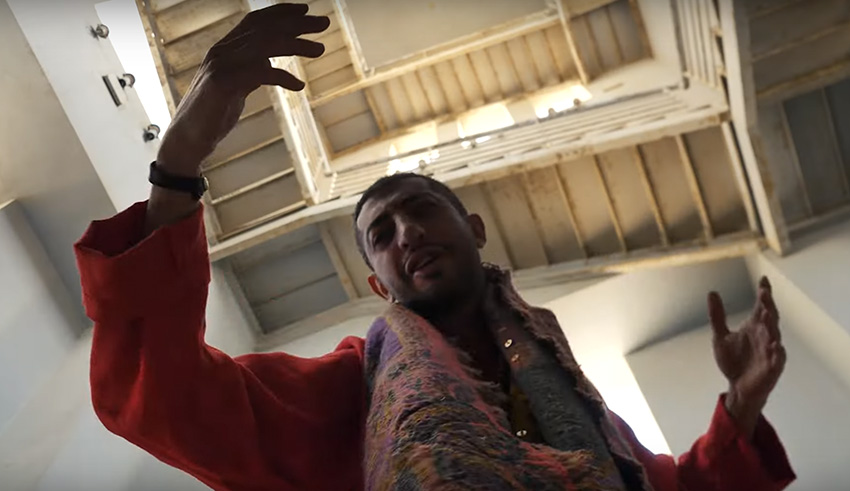 Not all emerging artists do hip hop or electronic music, some are still confined to the classic folk soundscapes while adding their own individualistic spice to it. Among these artists is the emerging Bschent, who just recently released his debut single ‘Kammil W Addi’ with an aesthetically pleasing music video.

The single could be described as an amalgamation of modern textures with a hyped-up Arabian extravaganza. The single moves across two sections throughout, having one section as minimal as possible with the use of a sinister timpani and a reverberated guitar-riff till it explodes to the second section, filled with darbukas, mizmars, and hand claps, giving off a typical Arab wedding vibes.

This projects Bschent’s story of being “torn between two worlds”, being unable to recognize himself and feeling trapped in his head without being able to move on to the next chapter in his life. At the same time, he gives himself a positive push, telling himself to “be happy and sing.” Bschent preaches finding yourself and pushing through the fears and doubts that infest one's mind. Visually, the video sees Bschent in a Bedouin environment in Arabian garments, going through the desert and enjoying a music jam session in a tent with a Bedouin band.

This marks the first track of an ongoing 8-song Operetta concept album which is planned for a full release mid-2023. This is just the beginning for Bschent who dropped an amusing debut music video in a new take on oriental music.