On the surface, Egyptian signing icon, Laila Mourad, doesn’t have much in common with the Iraqi-Canadian and Jordanian collaborators, but they all come together seamlessly in a unique track. 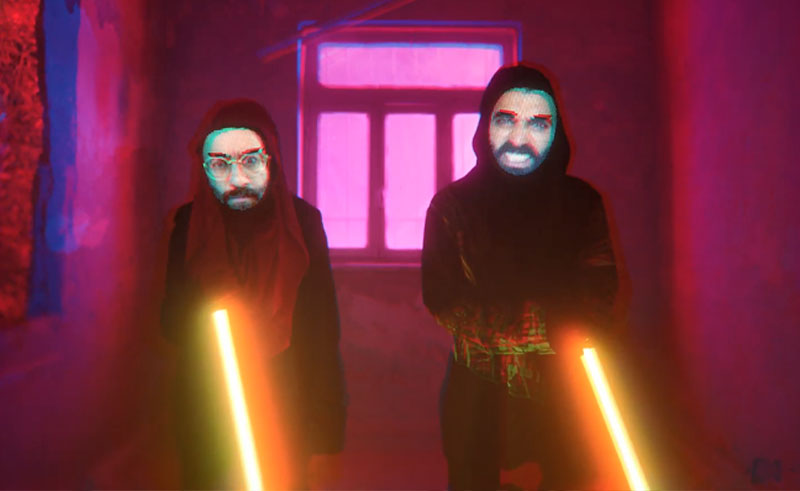 After teaming up with Saudi hip-hop guru, Big Hass, and Somali rapper, Freek, (both Dubai-based) earlier in the year, Iraqi-Canadian artist, Narcy, has looked to the home region once more for his latest release: a collaboration with Amman-based Emsallam.

With both rappers standing as two of the most unique voices from the rap of the Arab world and diaspora, the very concept of Emsallam and Narcy on a track together sets the bar very, very high - and the two deliver on a track produced Ayman Alsalhi, aka The Archiducer, and released on Canadian-Jordanian label, Keife Records, with distribution by Empire WANA.

In bringing together two deeply introspective artists, ‘Galbi Dalili’ rests on a fittingly demure instrumental, the beat verging on a melancholy and a simple, but hypnotically repetition key progression painting it as a wistful, lo-fi number. Interestingly, the track's main source of inspiration is the Golden Age of mid-19th century Egypt, a time when the country’s film, music, theatre and art were at their peak. To be specific, it’s Layla Mourad’s classic waltz, ‘Qalbi Dalili’ that is at the heart of the collaboration, with Emsallam opening the track by echoing Mourad's 'hopelessly in love' state in his verses. Narcy’s contributions tackle quite different subjects, as he touches on spirituality, identity and faith in the context of the challenges that the Arab diaspora face, a theme that has often occupied the mind and the bars of the rapper.

Directed by Ali Saadi, the visuals for the track take a different tact in that it is decidedly and explicitly futuristic, an interesting contrast to the track and its inspiration, with some deep-faking/face-swapping shenanigans ensuring that Emsallam and Narcy share some screen time.

It’s an unexpected and unique collaboration, one that does something quite rare in contemporary independent music in the Middle East: it subtly and cleverly pays homage to a very specific part of the region’s musical heritage without falling into parody, and there are few better ambassadors for Arab heritage and identity in contemporary music than Emsallam and Narcy.