What originated in Chapelle’s distaste for a sweeping assertion made by Spotify ended in an episode dedicated to unraveling deeply entrenched biases in the music industry. 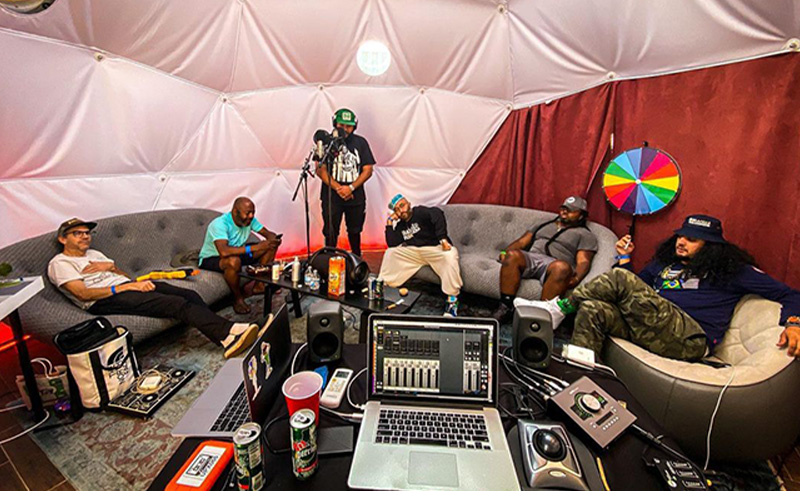 Narcy, an Iraqi rapper known for fusing music with powerful political sentiments, appears on an episode of Midnight Miracles - the 12-episode Luminary-exclusive podcast - alongside Talib Kweli, Yasiin Bey, and Dave Chapelle.
Akin to his proclivity for addressing long-standing societal issues, Chapelle gathered artists such as Questlove, Michelle Wolf, Niko Is, Radio Rahim, Roc Marciano, Black Thought, and the region's very own Hip-Hop MC - Narcy, in typical podcast fashion to unwind and pick apart all-things music philosophy.
The episode titled 'Bugs Bunny Mathematicx,' which is rich in thought-provoking commentary, begins with Chapelle's distaste for a dispassionate remark made by music industry behemoths - Spotify. The broad swipe at the global art scene implied that artists should actively engage with their audience rather than complain about streaming compensation.
The line-up of artists chimed in to discuss the time it takes for art to materialize, kicking off a long discourse on the distinct humanness of being an artist. They discuss the importance of detaching music from the mechanics of the corporate world and seeing it for what it truly is - a dynamic, personalized experience - as a fluid process. At its core, art is a uniquely human experience that must be documented, and technology is the conduit that brings these experiences to the audience.
Listen to the podcast via the Luminary platform on Apple Podcasts.