It's been almost a year since the Sweden-based artist has released any new material, but her latest single is the first step of what's looking to be a big year for the multilingual rhymer. 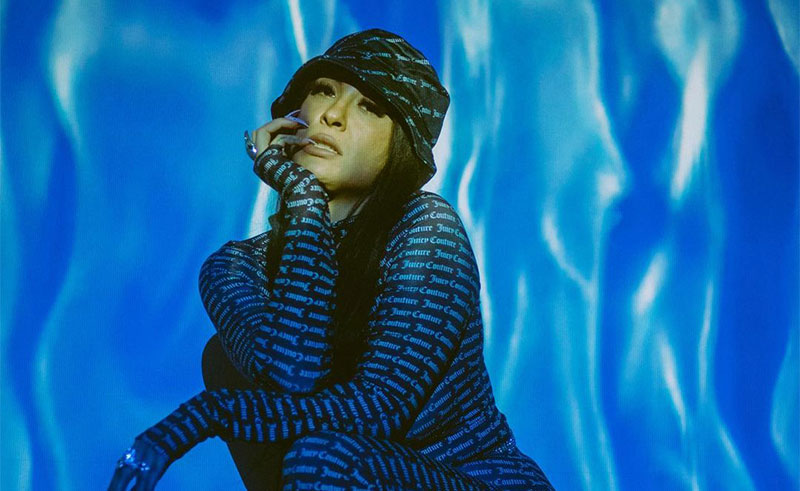 It was only a couple of years ago that we were all asking ourselves who this Nayomi character is, having emerged with a handful of freestyles. Now, the multi-lingual Iraqi rapper is working with the likes of Roc Nation producer, Stress - a remarkable rise if ever we saw one.

"That's what the future sounds like," the artist told SceneNoise in a 2020 interview, referencing her seamless switch between English and Arabic lyrics, something that she has since showcased even further, in the likes of 2021 R&B single, ‘Always (Gigi’s Song), which came on the heels of her first full Arabic track, 2020’s ‘Karma’.

Arguably, though, few releases have demonstrated this than her latest release, ‘OMG’, which sees her lean into her Middle Eastern heritage in more ways than one. In addition to being predominantly Arabic, the track itself - produced by Sweden-based Masio - samples what sounds like slightly distorted oud, which opens the track before taking a back seat to the trap beat.

‘OMG’ is the first single Nayomi has released in almost a year and she certainly makes it count - her signature fast flows and melodies are front-and-centre, though it's the video that steals the show,  thanks in large part to a troupe of Arab ‘aunties’, who steal a slither of the spotlight from the rapper…What’s next for Nayomi? Well, the rumour is that 2022 will be her most prolific year yet, with several singles slated for release. Watch this space.