Only two tracks into her budding career and Zeyne is turning heads across the region. 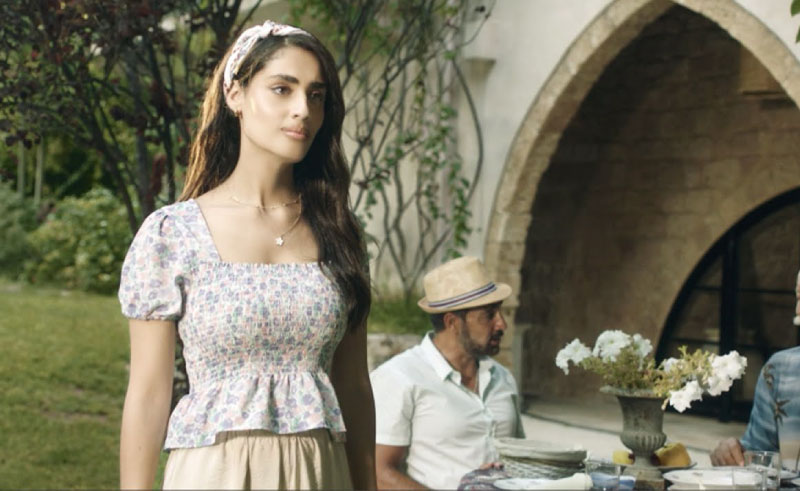 Euphonious singer-songwriter, Zeyne, is all about pouring her heart into the mic. Palestinian by background, but born and raised in Amman, the 23 year-old landed on radars with her debut single, ‘Minni Ana’, and her second release, ‘Nostalgia’ with Keife Records in collaboration with Empire Wana Records, cements her potential as the next big indie-pop darling in the region.

When we talk about the artist’s sense of lyricism and vocal style, you can hear flashes of her influences, which include the likes of Ziad and Elias Rahbani, Fairuz, Lauryn Hill and H.E.R., as well as iconic poet Mahmoud Darwish.

It all began for Zeyne during the pandemic, as she was forced to retreat to Amman under the rules of the lockdown. It was a string of covers that first alerted MENA music listeners to her talents, eventually finding herself on stage with the Jordanian Female Artist Collective  at Amman Jazz Festival last year. After linking up with producer Nasir Al Bashir and singer Hana Malhas - who has been something of a mentor - as well as  meeting the founders of Keife Records, who signed talent within a couple of weeks, things quickly took off for the young artist.Taking sonic cues from soul and R&B, ‘Nostalgia’ showcases her unique storytelling-driven lyrics, Zeyne, as she reminisces over a brighter, groovier beat than her first release. It’s something of an avante-garde take of contemporary Arabic pop and the kind of R&B that’s becoming a familiar feature of mainstream charts in the west these days, as she looks to do what many fail to do without wading into musical caricature: blending the sounds of east and west.