While most artists make use of samples and loops, KUBBARA is out here creating new sonics and soundscapes on the go. 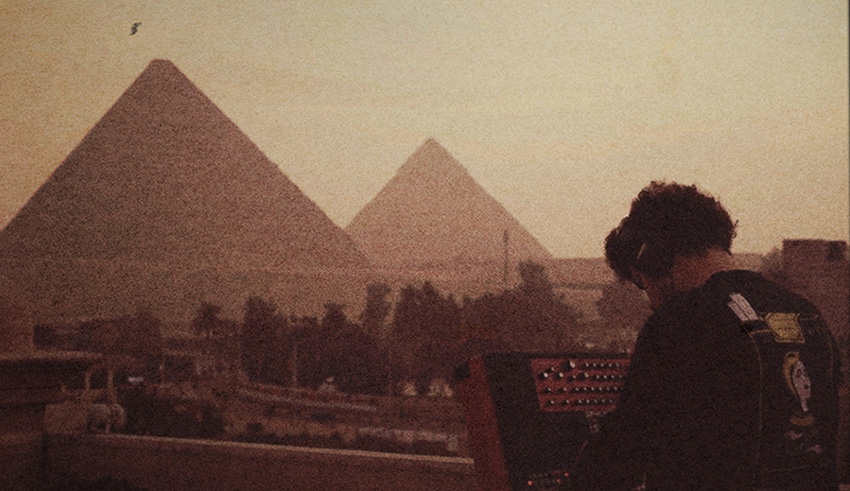 Kubbara has one of the most coveted and uniquely curated collections of synthesizers and keys in Cairo. The multi-ranged Egyptian keys player/producer/DJ enjoys the intricacies of designing sound and manipulating sonic waves, creating complex soundscapes. The gearhead essentially kicked off his music career with a love for metal first, then jazz, before discovering the vast world of electronic music.

In the last couple of years, Kubbara has been heavily involved within the rap scene, whether it’s producing, DJing, or live mixing for various hip hop artists such as Abo El Anwar, Abyusif, Zaid Khaled, and Nadine El Roubi. Alongside this, he leads hip-hop neo-soul fusion group See The High. KUBBARA also makes music as a solo live electronic act, with modular synthesis and live sound design.

Recently, the talented producer released a 40-minute set ‘If You Know You Know’, at his infamous ‘Studio Kubbara’, which has an astonishing view of the Pyramids. You can see Kubbara improvising with his modular setup, playing and mixing everything from scratch, using simply the knobs and cables coming out of the modular synthesizer.

The video was filmed by S.Hoodhood and Frank Schmitt, and edited and directed by Sammy Sayed, with brilliant colouring done by Universus Art Studio.

Catch KUBBARA’s impressive performance with a breathtaking view below.