The electrifying producer is back a year after his epic album ‘Mulid El Magnoun’ with his first solo single ‘Unss’. 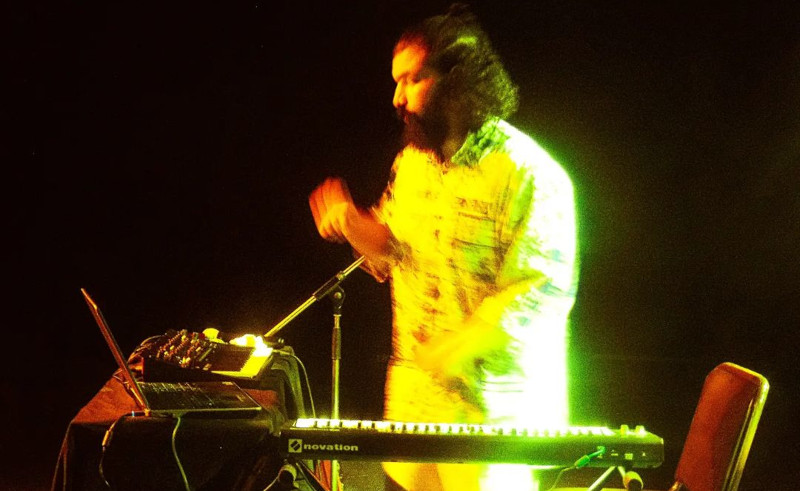 When you think of the modern shaabi wave, it would be a crime if you didn’t have Yunis in your thoughts. The slick keyboardist is in a league of his own, while others focus on the intensity of the drums with a pacey programming, Yunis keeps it slow and timid, formulating his own sonic direction for ‘mulid’ productions.

Ever since his highly successful album ‘Mulid El Magnoun’ last year, Yunis took his time with his production, leaving the listeners to properly absorb the album while the electrifying producer toured Egypt and Europe throughout the past eight months. After all this time, Yunis finally decides to bless us with new music, releasing his first solo single (not a project, album, or EP) ‘Unss’.

This release shows a new sonic direction from Yunis, merging ambient and electronic elements to his typical mulid productions. The track kicks off with a bleep FX with a tabla and airy pads as the shaabi lead shows its colors after the first minute. The track gets more intense as it goes by, but takes a small break when all the elements dissipate, besides the percussions, then he continues by introducing a heavily arpeggiated ring-like synth until all elements return to the mix as the track reaches its peak. Instead of an outro, Yunis keeps things intense until the very end as the track suddenly comes to a halt.