Kahareb release their first work for over a year since their album ‘Malhamet Debba’. 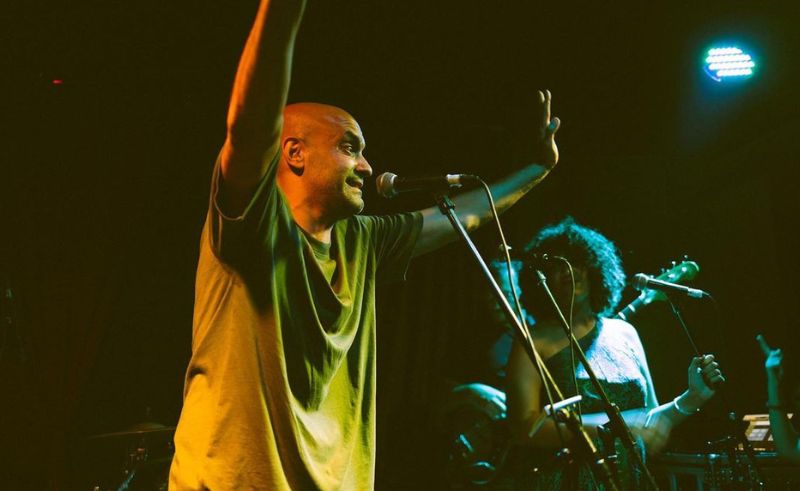 Quirky, colorful, and full of life, Kahareb have established themselves as a fan-favorite contemporary band. Their sound is a fusion of typical indie sonics with heavy funk influences and beyond. While the previous statement expresses Kahareb’s main direction, the atypical band cannot be labeled under a certain style or genre, rather a cluster of sonic ideas brilliantly brought to life.

Kahareb are notorious for going into hibernation from time to time, leaving their admirers craving new releases. Lucky for fans, their favorite indie-fusion band is back with a new 80’s retro-inspired single ‘Mesh Assef’, with an awe-inspiring music video that sees lead vocalist Youssef Atwan roaming across different shooting sets, with the direction of Ali Heraize.

Heba Rifaat joined Atwan in offering her vocals for the single as Shadi El Husseiny is in charge of keys, Mokhtar El Sayeh popping the bass while Omar Magdy is on guitar duties, and Magued Nagaty setting up the groove and rhythm on the drums.

Ditching their alternate-indie orchestration, the group shifts their focus on a more retrowave-funk approach. The use of crisp 909-drums, analog synthesizers, a nasal lead, and a gated-reverb gives off the 80’s vibe that would typically sound familiar to most. While the song’s name translates to “not apologetic”, the hook expresses “if I’m mistaken, I’ll apologize”, a confusing notion at first, but then after the second listen, the listener would grasp that the idea is a sarcastic jab on problematic, unapologetic people.

Tune into Kahareb’s ‘Mesh Assef' below.