Another surprise release from the out-of-sight Alexandrian rapper. 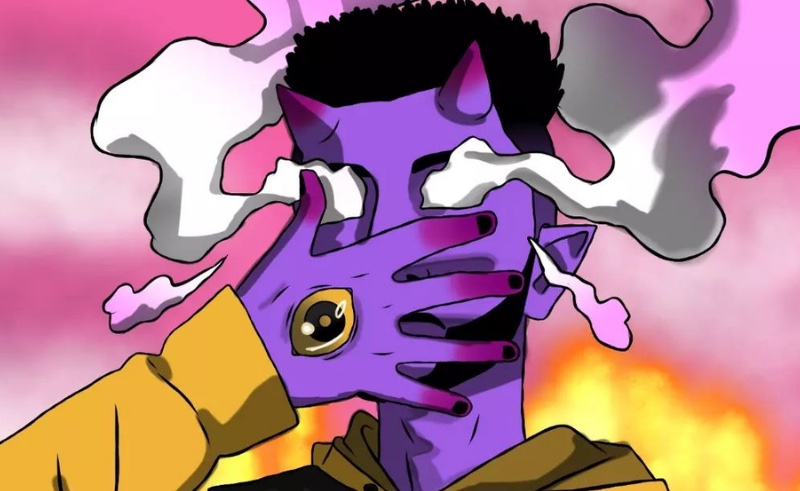 Inarguably one of Egypt’s most talented artists, Alexandria native L5vav has kept a relatively low profile this year, only showing up on ‘Alaga’ with Egyptian producer Rashed. It is unknown whether L5VAV has a big project in the works, but it’s always a sonic treat whenever the versatile rapper releases a single or video. In this case, his latest single ‘Dmaghy’ is L5VAV’s statement of not giving a care.
In ‘Dmaghy’, L5VAV elopes from worries, prioritizing his serene state of mind and the calmness that surrounds him. He takes his time to enjoy life, not wasting time and energy on useless issues, comparing himself to DC Comics’ The Flash, known for running faster than the speed of light, a metaphor of his rapid success. IntoMyMind resident producer Tocha offers a fast-paced trap beat, 808 heavy and all, but with a mellow low end for the kick, bass, and 808 to keep the focus on L5VAV’s vocals.

The rapper’s quietness in recent times means one of two things; either the artist is taking a step back from music, honing his creativity, or (as we hope), L5VAV is preparing a huge project that will release surprisingly at some point of this year. Only time will tell.

Listen to the track below.