After eight releases over a fortnight in May, the Egypian producer releases another project. 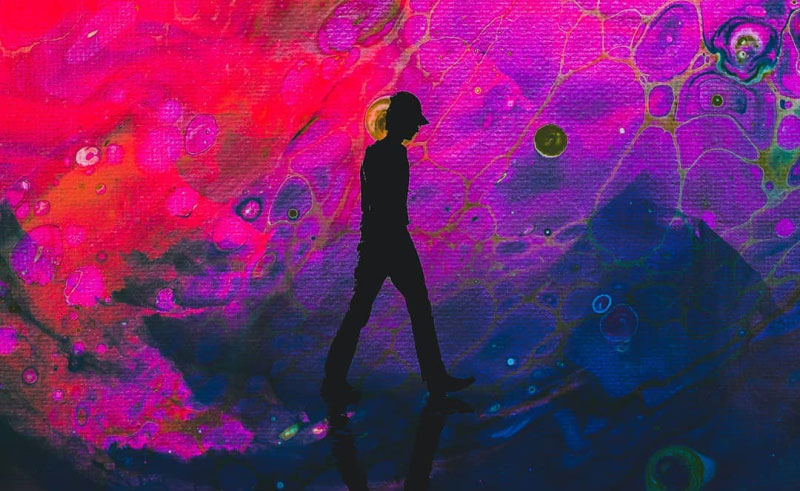 Diverse and held by hardly a restraint, Egyptian producer Limited Frequencies drops another EP in the form of In the Backyard of Your Head. Limited Frequencies has shown a range of different production approaches with his frequent releases, dropping nearly eight tracks over a fortnight in May, and his new EP shows cinematic vision.

Limited Frequencies · In The Backyard Of Your Head
Kicking off with ‘Cherry Blossom Field’, the track’s spaced out reverberations gives it an ambient feel, as a shimmery effect-heavy stringed instrument is used for the base of the track accompanied by reverberated pads with a rising cello for added spice.

‘Heart Hammering Void’ takes a minor piano progression on top of a quiet violin that will leave any listener in their feels. Finally, concluding with the title track, the closing song passes the baton from the first by maintaining a similar space-y environment, with reverberated pads, a light violin, and the sounds of rain and windy forests acting as the ambience for the track. The attack-on-the-ear distorted synth often blows things out of proportion, but it remains irresistible.

The track is imaginative in the sense that it provokes listeners’ imagination, and as Limited Frequencies stated: “While you listen, take a pause and slow down, remember only your aims, what ground are you standing on, close your eyes and don’t be afraid of seeing yourself once in a while.”