London-Based Intibint is Sultry & Broody in New Track ‘You & Me’

Following three releases in 2020, the Yemeni artist’s first venture of the year cements her as one of the most chin-scratchingly interesting artists to emerge in recent times. 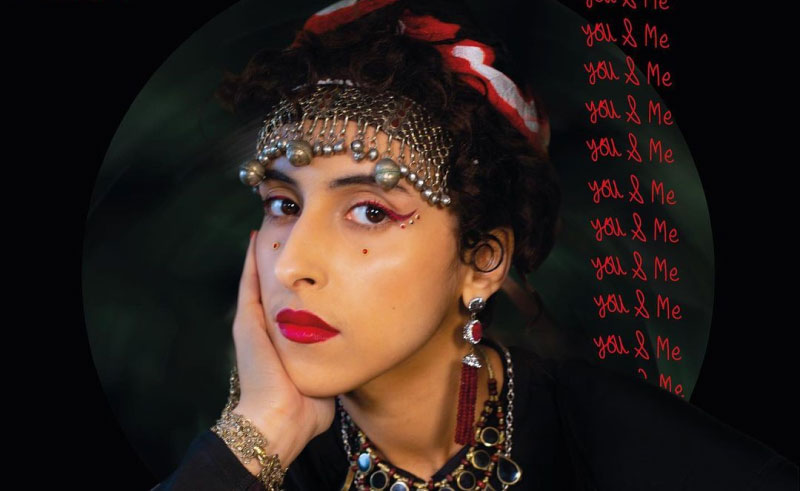 It’s still far too early in her career to try and pin down Intibinti’s sound. Language is often lacking when it comes to defining the kind of contemporary fusion that’s sprouting on independent music scenes in the Middle Eastern region and diaspora, but an attempt to describe the London-based Yemeni artist’s brief but rich body of work would involve some kind of arrangement of the word ‘lo-fi’, ‘indie pop’ and ‘chill’.

Her latest release, ‘You & Me’, follows suit, but might very well be the purest example of her sound, as she wrote, composed and produced it herself. You can throw the words ‘sparse’ and ‘minimal’ into the equation, too; the beauty of this track is just as much in the moments when the sonic elements subside, leaving Intibint’s sultry, broody voice to drive it forwards.Switching effortlessly between English and Arabic, this is indeed a song of love, of romance, of all the emotional ups-and-downs of it, but there’s something utterly unique about the way she delivers her lines - she’s hopeful and pessimistic, alluring and guarded in equal amounts. It’s this plurality, this profusion of intangible emotion that has made Intibint one of the most interesting and promising new voices to land on SceneNoise radars in recent times.