The beloved rock band releases their second track off of their upcoming album. 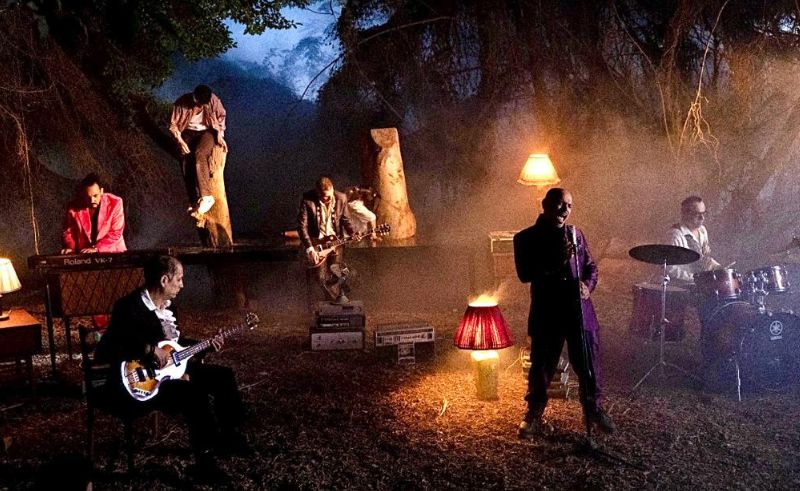 Since their emergence in the Egyptian music scene, alternative rock band Massar Egbari have always stood out with their one-of-a-kind progressive rock blending complex compositions with contemporary elements from electronic drums and explosive drops to fast paced trap influenced hi-hats. Whilst the band often adapts their sound to appeal to the genres taking center stage in popular music today their songwriting and core instrumentation sees the band retain a signature sound.

In their latest track ‘Ba2eit Ghareeb’, the band deliver a cathartic piece that explores themes of distance and separation. The track starts with an eerie cinematic soundscape that sets the scene for the track going forward. Lead singer Hany El Dakkak then comes in with his gentle vocals, accompanied by a modern sounding drum beat and a soft keyboard playing an evolving chord progression that enables El Dakkak to deliver a touching performance in the verses.

Lead guitarist Mahmoud Siam then comes in with a deliberate guitar arpeggio that adds motion and suspense to the track leading up to the electrifying chorus that sees El Dakkak delivering an impassioned vocal performance on top of a larger-than-life instrumental that features a wall of distorted guitars, a sparse drum beat, and some choppy edits making the track sound visceral and contemporary at the same time.

Actors Nada Abadir and Youssef Benz take the spotlight in the video, directed by Zeina Aref, while the band performs behind the actors’ engaging interpretive dance performance. The actors’ performance makes them seem as though they are dissociating at times throughout the video, which is in keeping with the theme of the lyrics of the track.

The video makes use of the stark contrast between the two main settings: the first being an outdoor, moon-lit location in which a couch and television set are placed in the middle of a forest. The second setting sees the same living room setup placed in a sunny apartment, and switching between the two grounds the melodramatic performance, striking outfits, and mysterious visual direction of the video, by making it appear as though the first setting is completely fictional.