It was Summer 2021 when actress and singer May Elghety sat down with old friend, director and cinematographer Ashraf Hamdi, in which May proceeded to tell Hamdi about her album in the works. 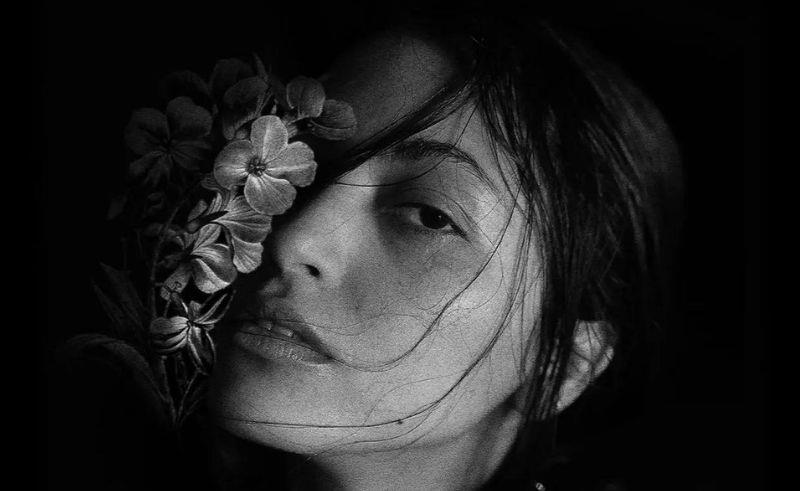 May is known for her roles in movies like ‘Qamar 14’, ‘Banat Thanawy’, and ‘Grand Hotel’, among other film credits, notably meeting Hamdi on the set of ‘Clash’ in 2015 where they kicked off their friendships, sharing many artistic visions. It was surprising to know that May is also a talented singer and a wonderful songwriter that knows how to touch emotions and express sadness, sorrow, and hope with her sultry vocals. Her debut EP ‘Pink’ is an ode to her emotional and psychological journey, broken down into three-heartfelt tracks, which is incorporated with poetry and film, which got Hamdi’s long time collaborator, film scorer Ashraf Elziftawi to create the soundtrack for the film scenes.

Hamdi always wanted to create an album film such as Beyoncé’s “Lemonade” and Michael Jackson’s “Moonwalker”, and he saw May’s album as the perfect opportunity to do so, as the region rarely has that concept applied. Hamdi suggested turning May’s idea of one music video into a visual film album that amalgamates poetry, music, and film into one, a very rare occurrence within the Middle East art community. Hamdi asked May to write special poems to be used prior to each track, subtly reflecting what each track would portray. Hamdi decided to create this project in a one man crew style, with the help of some friends of course. The duo shot ‘Pink’ in the North Coast in hours, then shot ‘45’ and ‘To The End of My Love’ in a studio in one day, taking some extra shots in between to use as transitional storytelling sequences that glue the music, the scene, and the poetry all together, Hamdi told Scene Noise.

“Because one's journey can hardly be expressed through one form of art or one language.. we present to you a film, music, and poetry” is the first thing we come across in this video, a message by May and Hamdi on the direction of the film so the audience would know what they’d be getting. Essentially May planned on having one music video only, but when Hamdi listened to all three tracks, he suggested they kick it up a notch and create one of the extremely rare concepts of having a visual album film, which May agreed to do. The film is split into three sections, having the film scene play in between songs, which include Elziftawi’s score and an Arabic poem by May since the songs are in English, so this creates a balance since the project is coming out of the Middle East.

Kicking off with ‘To The End of My Love’, May is seen in a glamorous black dress as the camera keeps focus on her with a black and white color grading which really brings out the sentiment and emotions May is aiming to portray along her lyrics. The song speaks of heartbreak, replacement, and losing a loved one with a mellow direction and a striking singing style that matches perfectly with the lyrical and cinematic direction. Composed and produced by Islam Wael, he offers a dulcet beat that focuses on raw instrumentation, focusing on the piano, violin, and a viola.

Then we go to the second scene of the film, where May discusses not recognizing herself during the “foggy days”, but then takes pride on who she is with all her mistakes, weaknesses, and flaws. The album then commences with ‘45’, a more hopeful take than its predecessor, portraying a positive outlook over an upbeat instrumental. In the second scene, May seems overwhelmed with all the pressures that come with working in the media and film industry, portrayed by being asked endless questions regarding clothes, makeup, hair, photography, and more, with May’s facial expressions indicating that she’s stressed and sort of disturbed. May eventually finds peace and dances around in free spirit as the song goes into a striking guitar solo, courtesy of Islam Amr, who also provided the bass line for Wael’s retro-wave inspired production in ‘45’.

To conclude this poignant project, May opts for having the title track ‘Pink’ to the absolute end, which seems fitting to the overall direction of the album film. Right before ‘Pink’ commences, we come across the last scene of the film, expressing coming back to life with the metaphor of “when the sun comes up”, and how life turns from black and white to pink as things get better. May sees better days coming, full of hope, as life turns “pink” again. The talented artist is seen full of aspiration as she looks towards life with a more positive outlook while enjoying the calmness and peace of the ocean.