Once again proving that there’s no one quite like him on MENA’s pop scene, UAE-based Saudi artist, Molham, is at his colorful reference-making best 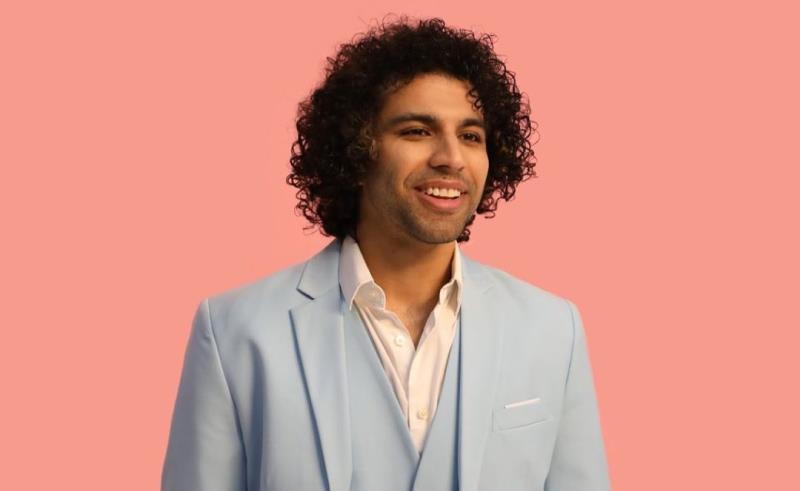 Molham’s ‘Kerry Washington (Freestyle)’ proves that it’s about time we start taking note of how youth and pop culture are ultimately reshaping the landscape of Middle Eastern pop.  Jeddah-born and Dubai-based, Molham has been dropping single after single, laying the groundwork  to upstart a genre in the regional music industry: A-pop.

Molham is the first self-proclaimed A-pop (Arabic pop) artist, and it takes one Google search and a few listens to some of his singles to nod your head in agreement; he makes a pretty valid claim and ‘Kerry Washington (Freestyle)’ is proof of exactly that.

Molham مُلهَم · Kerry Washington (Freestyle)
Harnessing Gen-Z momentum and digging his heels in all contemporary pop culture has to offer, Molham makes all kinds of witty references in his freestyle. Mostly centered around Shonda Rhimes’ Scandal TV show (starring Kerry Washington, of course), Molham makes quite a few references to Gen-Z timepieces like Elon Musk, Harry and Megan, Kim Kardashian and Beyonce and Jay-Z. Essentially, the freestyle is everything you would expect a snapshot of Gen-Z pop culture to look like and it’s pretty glorious.

The up-and-coming regional music scene has seen the likes of Egypt’s mahraganat or the region’s love affair with trapa, yet Molham’s overall approach colors in the otherwise grimey and choppy sound that’s taken over the grassroot industry. To some, it’s an overdue matter. If anyone is to bring in energy, color, vibrancy and permeate the A-pop market, it’s most likely going to be Molhem.

Like a puppeteer artfully playing around with elements of K-Pop as well as the clear inspiration of Western pop culture, Molham with his work on ‘Kerry Washington’ would be at home amongst the catchiest of Billboard pop music makers, and ultimately, making him an artist to watch.