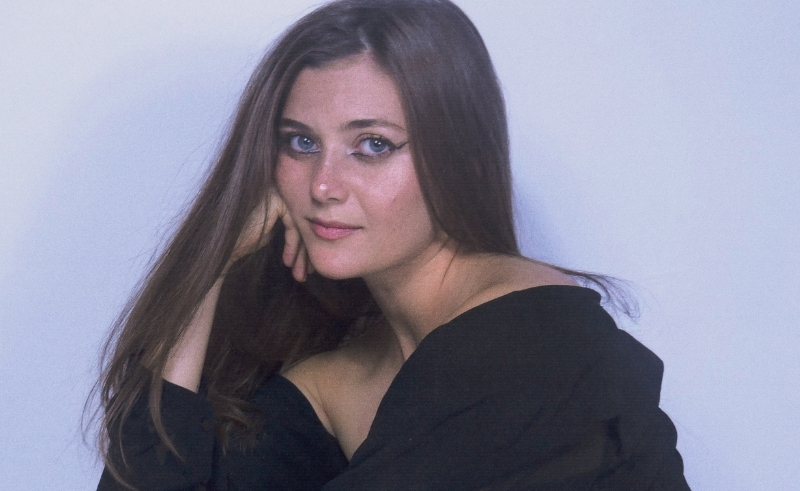 Much of the “techno” we listen to, isn’t really techno, rather an alteration that came about with the birth of many sub-genres, but they don’t seem to have that oomph factor that is usually offered in techno. Enters rising rave-conusseiur, Moroccan producer Vel, with her debut EP ‘Era L’, a follow-up project to her contribution on XX Lab compilation last year, which was founded by iconic French DJ/producer Francois X.

Vel establishes her contemporary sound throughout ‘Era L’ with an impressive 6-track escapade that moves gracefully across thumping techno, psychedelia, with a dash of minimalism. She keeps her productions individualistic, offering different moves and grooves along every track, shifting the sounds, drum programming, and structures throughout the EP. ‘Inspire Me Jim’ lays the foundation of the EP’s sonic identity, mixing psychedelic lunacy and minimal-inspired bleeps and FX with thumping techno drums and bass, Vel adds “The world of femininity fascinates me, the tone of my voice, the sharp percussion, and many reverb."

She follows up with ‘Down For You’, an in-your-face techno track that instantly hits home with a hammering kick and industrial percussion with a hint of psychedelic textures. She continues the EP with two more pummeling tracks as she brings things to a sweet culmination with ‘Limitless Wilderness’, a pacey, heavily-percussive track that embodies the direction she aimed to take throughout the previous sonics, going in a multifaceted direction with a striking bassline, spacey FXs, panned synths, with an abundance of reverbs and choruses.

‘Era L’ marks the beginning of Vel’s production journey, as she marks her place as a proficient techno producer, offering proper rave energy, but in her own personalized style, incorporating psychedelic elements in a contemporary manner.