Together they created Mousv’s latest album ‘MAQSUM’, and in the new video for ‘EL-QOWA’ the two Ismailia natives take fans on a Tour de Force of their hometown. 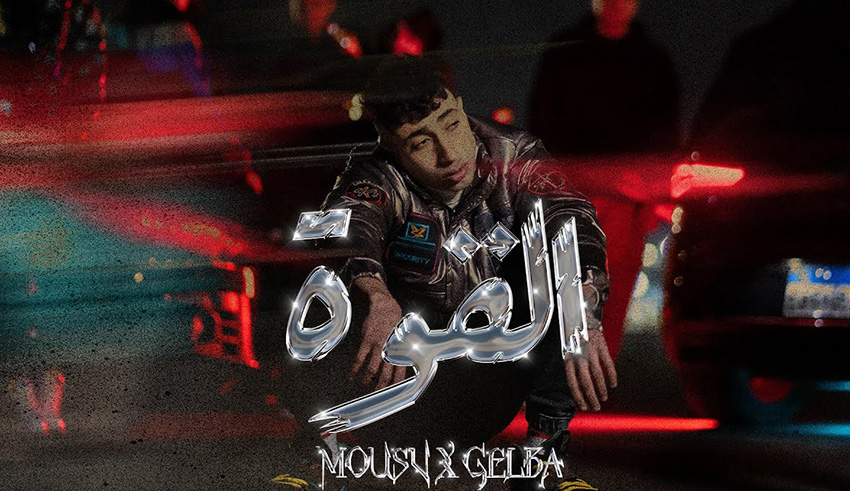 It has only been a mere two weeks since Mousv and Gelba put out the video for their track ‘MOSTASHFA’, from their recent 2021 album ‘MAQSUM’. This Saturday, the pair continued the roll out with yet another visual track off the project, ‘EL-QOWA’.
The colorful genre-merging track is accompanied by a video directed by Mohamed Maghraby, filmed around different locations in Ismailia, a city in Egypt. The music video transitions smoothly between Mousv rapping on rooftops, to drone shots of the city, as well as shots of Mousv and Gelba with friends.

The song itself shifts midway through, from a mid 2000´s inspired delta shaabi hymn, to a more trappy and faster paced beat. In the same way, the video also shifts from shots of Mousv and Gelba being surrounded by local kids, to the two being surrounded by their friends and speeding along the Corniche.

Watch the video for the track below.