Abo Alam has crafted another masterful piece of work, one that sees him take a different direction without losing the soul of his previous body of work. 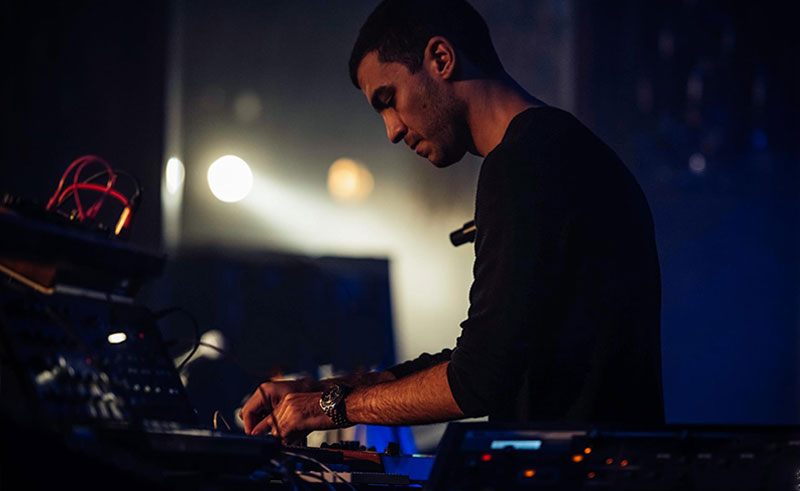 Hassan Abo Alam has never cared much for the spotlight. The Egyptian DJ/producer’s sheer talent and genre-spanning productions have, to a degree, forced him to be, as more and more ears tune in, both locally and internationally. A staple of heavy-bass music within the Egyptian scene, Abo Alam is, quite widely, considered one of the best on the scene.

Besides his production catalog, Hassan is also one of Egypt’s finest DJs, a club favourite on Cairo’s gig circuit, but also a head-turner further afar, having performed with the likes of Berlin’s Renate and boasting a Boiler Room gig, too. Needless to say, Abo Alam is a beast, something that his latest EP further proves.

Following releases with an array of labels from across the globe including the likes of Morocco’s Casa Voyager, Needs Not For Profit, and Egypt’s Rakete, It Spills comes via Lisbon's Naive Records, having previously released his work on their sublabel, Naivety.

Though the music might sound divergent from his typical work at first listen, It Spills fills up the frequency spectrum with rugged basslines and heavy instrumentation, creating a formidable blend with disjointed sections that embrace acid, tempt boominess and emphasise eclecticism. Taking a different approach to the more nebulous sound on Hope Amidst Despair, It Spills follows a more sculpted structure, with the tracks built on more structured patterns and compositions.Kicking off with the title track, Abo Alam begins with relatively-minimal breakbeat tact, the perfect intro for the EP.  The kick gives the track its oomph factor and acid basslines almost act as the main melody till halfway through, when sci-fi synths move with the bass in a kind-of call-and-response patterns.

Mystery and suspense define the following track, ‘Unkindled’, which starts off with filtered vocals and muffled percussion, before slowly progressing into more intangible waters. The melodic progression and light stabs working with parallel-reverberated kicks, to form a more aggressive sound, while a brace of cacophonous basslines work their way into different parts of the track.

The third track, ‘Breathe’, finds a middle ground between the two that preceded it in terms of the elements utilised. A spooky pad-stab compliments the hefty sub-bass, before later shifting to an acid bassline. A master of percussion, Abo Alam fills the track with an abundance of hi-hats and cymbals that pushes the energy to another level, while heavily-filtered vocals that pan across the speakers add more groove and momentum of their own. Chopped and screwed, ‘Khamaseen’ builds up the tension instantly with the use of filter sweep and delays on the blossoming synth-line. He takes a breakbeat pattern, cutting and rearranging it, adding shakers and glass crashes to add more movement to the track.

Things come to a sweet culmination with the closer, ‘All Used Up’, which wastes no time in getting straight to the point with subtly-reverberated drums from the outset. The track takes the entire album full circle, following a similar direction as that of opener, ‘It Spills’. He creates tension  that eventually explodes into a sea of synth-lines all playing simultaneously and ending things with a hopeful progression. The use of bleeping synth stabs with the phat sub-bass and a trippily panned acid-line come together to form a playful energy without ever compromising the heavy-bass aesthetic - and this is possibly the best appraisal of the EP.

It takes Abo Alam’s body of work in a slightly different direction, but ultimately he never strays too far away from the signatures of his music - and that’s a very difficult thing to do for any maker of music in any genre.