Nojara & Lege-Cy Partner with Spanish League LaLiga for ‘No Problema'

The Egyptian rapper once again impresses on heavy-weight track ‘No Problema’ with music video created in honour of El Classico. 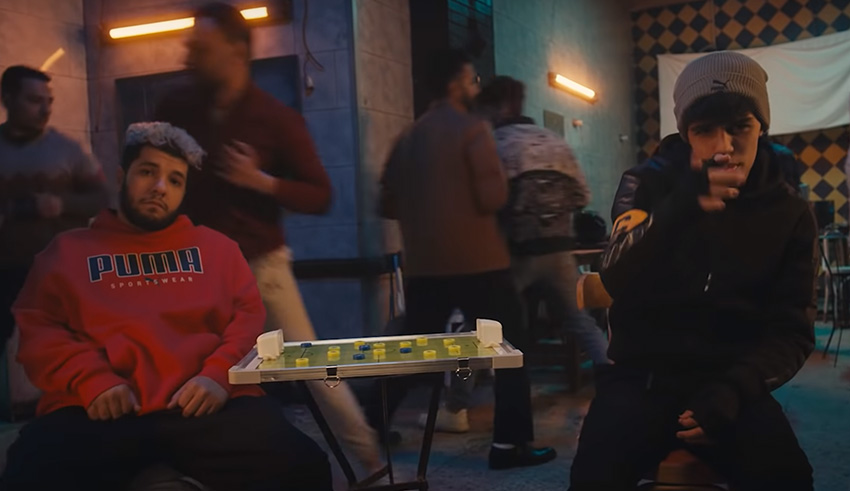 No Problema’ is the latest hit music video produced by Nojara in collaboration with football league LaLiga. Performed by Lege-Cy, featuring up-and-coming artist Muhab with insane production by Hady, the video came ahead of last sunday's big ‘El Classico’ showdown between Real-Madrid and Barcelona.

The video marks the first time an Egyptian music video director has made an exclusive deal with a major European Football League, and it was made specifically to promote the official watch-party by the pyramids. The video aired two days before the game to hype fans up for the ‘El Classico’ event.

On the song, both Lege-Cy and the up-and-comer artist Muhab flow breezily over the fetching melody and trap beat, while rapping about their abilities on the ‘pitch’ – which could be interpreted as the pitch of football or rap. In the video the two are seen in the hours before the game begins, as they anticipate the big match and search for a way to watch it on their projector.

The beat is produced by none other than Hady, one of Egypt’s most coveted producers, who sampled the beat using a melody line from a legendary piece of classical music: Beethoven's ‘5th Symphony’, the so-called ‘Destiny Symphony’. So maybe the song was, after all, ‘destined’ to blow up the way it has done, with over 3 million hits on youtube in just the first half week since its release.

Interested in the sample? Listen to the original 5th Symphony snippet below.