The Bahrain-based band introduces itself to the world with an anti-war message. 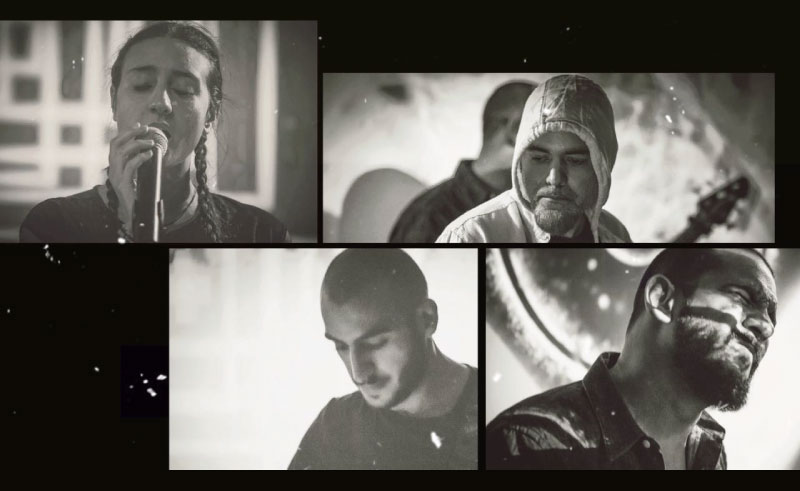 Bahrain-based band OFFtrack have released their long-awaited debut song ‘Too Dumb For Your Guns’, after forming in 2019 and building a fanbase through their live performances.

Influenced by the goth-nature of post-punk while channelling the grooves of trip-hop, OFFtrack fuse together their inspirations to shape a sound mixing complex rhythmic patterns with rugged melodic basslines, infectious synths, and of course, the electric guitar.
With Sara Al-Sayed on the mic, Ryan James on bass, Sean Aaaron shredding the guitar, and Sumit Sharma hitting drums and synths, the band delve straight into pacifism and express anti-war arguments in their debut song. Accompanied with a video collection of childrens’ drawings, they seek to show “a child’s view from Gaza,” to platform a humane perspective from the recent bombardment of Gaza.