An unlikely collaboration between Wegz and the actor/comedian/rapper, but one that has shot up the charts nonetheless. 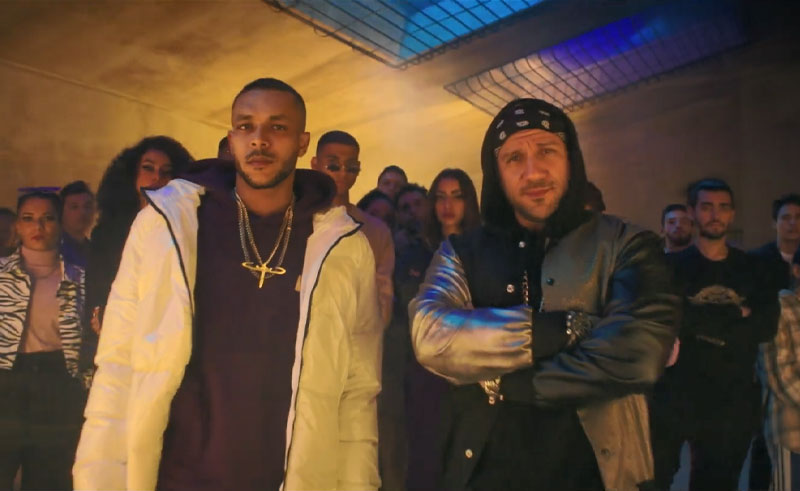 In one of the most iconic collaborations we didn’t know we needed – Egyptian hip-hop icons Wegz and Ahmed Mekky have joined forces in Telecom Egypt’s latest commercial: a bad-ass, hype, vibrant, wild music video directed by industry favourite Daniel Russell.

Though not a full-time ‘rapper in the traditional sense of the word, Mekky remains one of the biggest influences in Egyptian hip hop, having introduced conscious rap to an audience who at the time still had a superficial appreciation of the art form.

Now, hip-hop’s place in the music scene is not only more highly regarded as a viable medium of expression – it’s drawing dollar-signs in the eyes of corporations. The number of advertisements using hip-hop beats and/or featuring rappers is growing exponentially, particularly amongst telecom companies who need the latest and greatest trends to compete in the market.

Always bold and daring, Telecom Egypt took it a step further, commissioning one of the most legendary old-school rappers alongside arguably the biggest new-school rapper to date.

Put them in a video directed by American director Daniel Russell (who’s worked with the likes of Jhené Aiko, Saweetie, Cardi B, Khalid, Missy Elliott, and more), produced by local media moguls Nojara Productions and Bubblegum Advertisements, with a hard-hitting beat crafted by local heroes Issa & Assouad and NOVO – and you have yourself a viral moment.

Musically, the track has heavy drill-influences indicated by the snare and hi-hat placements along with bass slides). It’s the clever use of horns, however, that gives the track the local Egyptian punch it needs to resonate with a wider audience. Mekky’s rugged voice is the cherry-on-top before the track gives way to a booming afro-beat rhythm, which Wegz rides flawlessly with skill and confidence.

Visually, the video is perhaps one of the most impressive we’ve seen – certainly due to Daniel Russell’s extensive experience. The iconic director took the project on with Adric Watson as DOP, who’s also worked with John Newman, Rita Ora, The 1975, and more. The video is jam-packed with transitions and special effects we’ve seen being used heavily in the West. Regarding art direction, the visual team placed the rappers in a brilliant juxtaposition – without compromising the cohesiveness of the video. With Mekky, the focus was clearly luxury and extravagance. He is surrounded by gold, wearing gold, is lit by gold lightning, and filmed in a mansion. Meanwhile, Wegz’s scenes represent the street – with shots of the rapper cruising down the street through neon light