Not many are able to keep their finger on the pulse of the streets and the times like Red Bull. Known for events that champion youth culture, they’re back with a new event sure to turn heads. 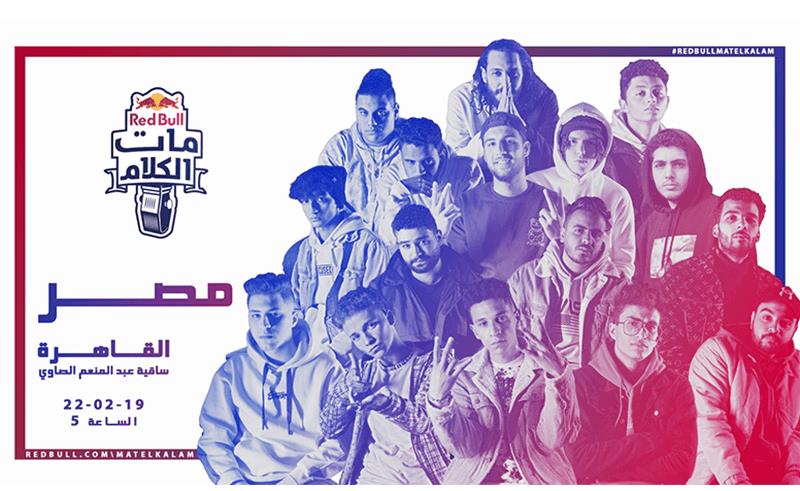 One event in particular has been making its way around the world, initially brought to life all the way in South America. Originally named ‘Red Bull Batalla’, the annual freestyle competition began back in 2005, gathering all Spanish-speaking countries for a heated rap competition. The event was so popular that RedBull decided to take it international, implementing the same competition and challenge within various regions across the globe.

In Egypt, however, they call it ‘Red Bull Mat El Kalam’, an Egyptian phrase meaning ‘conversation has died’, metaphorically used to end a heated discussion. The event, being hosted at the coveted El Sawy Culturewheel on Saturday on February 19th, will gather 16 of the best freestylers the country has to offer in a battle of bars to the death – and for a grand cash prize.

The cherry on top? A meeting of generations, an eruption of old and new, legacy and future – bringing together iconic rapper MC Amin, renowned producer Molotof, and lyrical legend  Ahmed Santa to judge the up and coming rap stars.