Founded and hosted by Cairo’s Yasmine El Beih and London’s Tiwa Odukoya, Sounds of Wahala has emerged as a unique platform that asks the right people the right questions at the right time 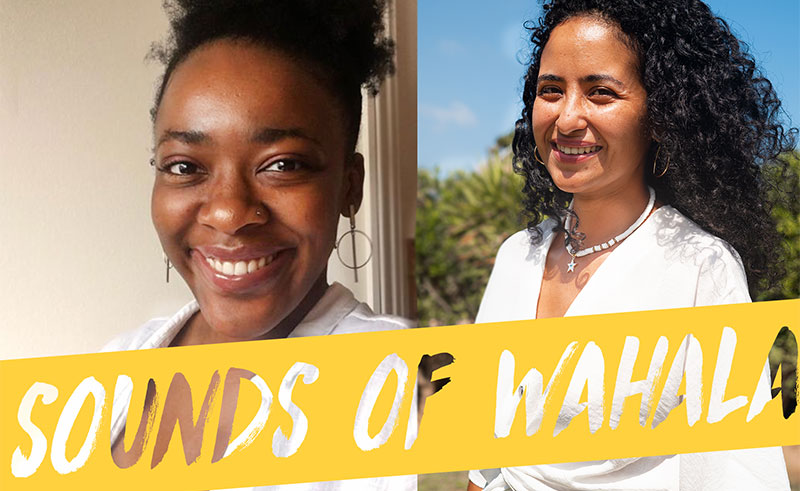 In 2019, Cairo-based journalist and filmmaker, Yasmin El Beih, found a kindred spirit in Tiwalola ‘Tiwa’ Odukoya, a London-based communications specialist who has worked for a host of different media agencies, charities and NGOs. Back then, they were both pursuing MA degrees at the University of Sussex, UK, but it was music that brought them together - or, to be more precise, the cross-section of music and activism, topics that they would often discuss in Zoom calls throughout the pandemic.

It’s these chats that would go on to inspire the duo to launch a podcast, Sound of Wahala, the first season of which came out in early 2021 to widespread praise. Carrying the tagline ‘exploring the soundscapes of activism and social action through music and spoken word’, the podcast cast its net wide for guests, a reflection of the multicultural duet and their expansively informed views on music and art. Among the first season’s guest were artivist Jowan Safadi and rapper Maysa Daw, both from Palestine; Norwegian feminist folk-punk band, Sliteneliten; Canadian indie rock duo, Funeral Lakes; and British-Sierra Leonean storyteller, Alim Kamara. Each episode is themed, with topics covered including climate change, indigenous rights, feminism, anti-casteism and the struggle against apartheid.

Looking at the world through the prism of music and art often, if not always, refracts into new perspectives and new bonds - and this is the key to Sounds of Wahala. It hasn’t only provided a space for these topics, but it’s also provided a platform for voices that are otherwise resisted by the mainstream media, like-minded folk from all walks of life and from across the musical spectrum.

What season two has in store is yet to be seen, but ahead of its release in late 2021/early 2022, Sounds of Wahala has already established itself as a unique platform that’s asking the right people the right questions at the right time.

You can find out more at https://rss.com/podcasts/soundsofwahala/