Mvndila makes his impactful debut with a lighthearted track that playfully explores the entrapment of various millennial vices. 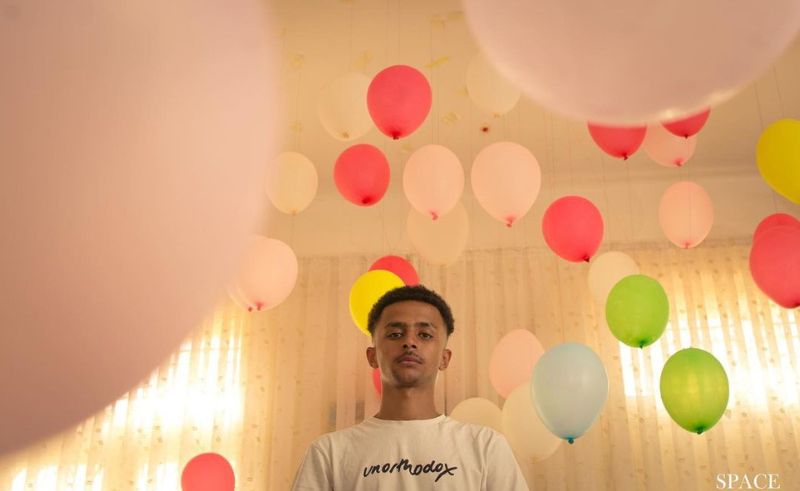 At merely 22 years of age, Sudanese singer/songwriter Mvndila (pronounced ‘Mandilla’) is boldly defying any and all expectations from the current regional music scene. Surfacing as a breath of fresh air amongst a densely saturated sea of rap and trap, his debut single ‘Bako’ is an upbeat RnB/Dance track grounded by storytelling lyricism.

Having grown up between Sudan and Saudi Arabia, Mvndila attributes his influences to the classical hageeba sound of Sudan, as well as the nation’s unique take on hip-hop. This, however, has not stunted the artist from moulding his own sound. ‘Bako’ sees Mnvdila take a step outside the norm regarding song structure and flow. Though his melodies retain a homely familiarity in their catchy simplicity, his distinct sound lies in his approach to writing and delivery.

The track begins with suspenseful rhythm, embellished by stunning piano chords that lend the song its RnB feel. After some vocalizing, Mvndila enters the first verse, leading listeners into a vague but relatable story of cigarette packs, a foggy mind, and classic millennial and Gen-Z existentialism. Mvndila’s achievement here is in creating music that speaks to a generation of lost Arabs and Afro-Arabs who seek solace in the little vices life has to offer. Despite the heavy undertones, however, his attitude towards the theme is whimsical, with lilting melodies that fall easy on the ear.

From his talent and vision alone, Mvndila’s future appears promising. But the MENA music lovers who pay attention will notice a regionally star-studded list of credits that further cement the likelihood of a bright future for the artist.

‘Bako’s’ production credits Sudan’s own Saji and Mo Sauce, the latter of whom has most recently produced for the likes of Sudani stars TooDope and TA, and Egypt’s ‘77’. For those familiar with the work of Sudanese artist Soulja and Aswan’s Swani, the name ‘77’ already rings a bell. It’s exciting to see a collaboration from three producers in a scene that conventionally favours one big production name per track. Indeed, their varied input is apparent on the track, which features the hard-knock elements of hip-hop, the smooth melodies of RnB, and a dancey bounce. The track also features the live instrumentation of bass guitarist Hallan Aljaily and synths by Sida Zaki, with the track recorded by producer RainyDay at Sudan’s infamous creative hub, Capital 91.6 FM.

Listen to ‘Bako’ in full below.