Never one to shy away from speaking his mind, the Iraqi rapper’s new podcast is a Pandora’s Box of insight and knowledge on the music industry that he has experienced. 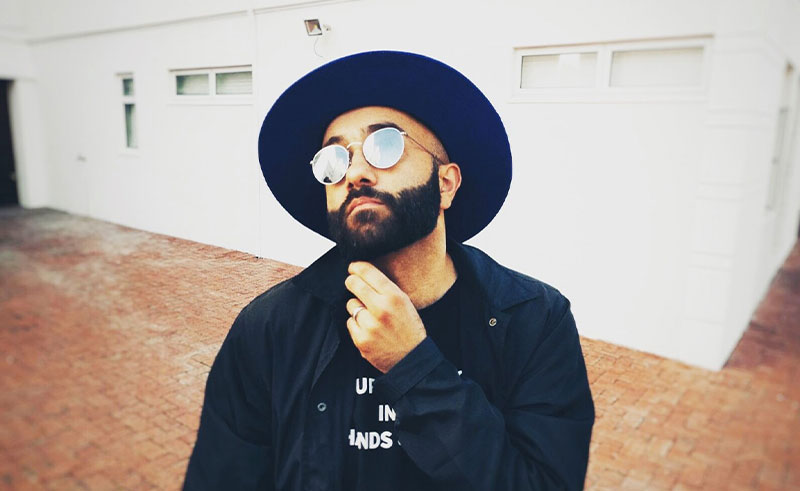 While some know the prolific Iraqi rapper as Yassin Alsalman, most know him simply as ‘Narcy’.

The Canada-based Iraqi artist’s skills range from directing, writing, producing, parenting, to teaching rap and politics full time at Montréal’s Concordia University. His repertoire knows no limit and, with his newly launched podcast The IRAQAFELLA Show, we’re adding ‘talk-show host’ to his resume.

Notorious for speaking his mind – satirically, brutally, without reservation – on everything from the pitfalls of the music industry to politics, it’s no surprise that Narcy has chosen this medium of expression.

In a brief exchange with the multi-dimensional polymath, Narcy described the show to SceneNoise as “The consolidation of East and West, industry and person, people power vs evil power.” However, although The IRAQAFELLA SHOW was launched in October, the was unofficially in the works throughout his years as professor at Concordia University.

“The IRAQAFELLA Show was really something I was doing without a name in my class for years,” he explains to SceneNoise. “I was always interested in the creative mind and the pitfalls of industry, the confusion in identity formation and creative force as healing.”

During COVID, when classes went online, Narcy saw an opportunity to transcend the bars of isolation, inviting his well-respected peers as guest lecturers. His students were then blessed with free-game from the likes of Karlie Hustle, Vic Mensa, and Moroccan artist Abir.

Realising that everyone could benefit from these conversations, Narcy decided it was time to extend the magic happening behind closed doors. In classic unorthodox Narcy style, he decided to create a show that wouldn’t follow the traditional roll-out model - eight-episode seasons with breaks in between as needed.

The first season has now been published on every podcast platform featuring guests Narcy describes as ‘brothers in the art game’. MajidJordan, OVO’s Noah ‘40’ Shebib, Hasan Minhaj, and Talib Kweli are just a few of the renowned names who have graced the show thus far.

The result is nothing short of a goldmine of priceless interviews, never-before-heard anecdotes and, of course, invaluable knowledge. With episodes rarely going over 50 minutes, the show is perfect for learning alongside the daily drudge of routine life.

“I have SUHEL NAFAR from DAM, who is currently running Empire WANA,” Narcy told us when we asked what we can expect moving forward. “I am hoping to talk to Massari. I'll be talking to Chromeo, A-Trak. I want to talk to the Kids of Immigrants crew. Just brothers and sisters in my path.”