Did a classic maqsoom just meet afrobeat in The Synaptik & Freek’s latest collab ‘Lali’? Oh yes, they did indeed. 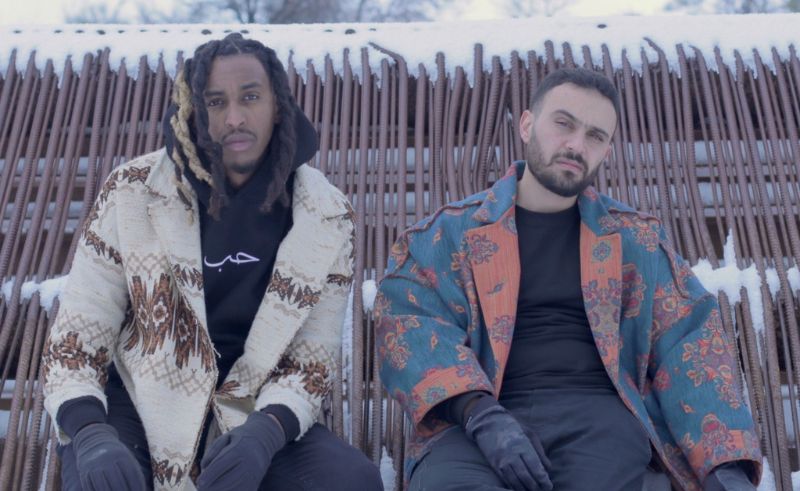 Palestinian-Jordanian doctor by day and artist by night, The Synaptik, collaborates with UAE-based Somali trap artist, FREEK, once more after the success of their first track together ‘Floos’.

The Synaptik goes back to his ethnic roots in this new release, pulling up with an orthodox maqsoom wrapped in traditional Palestinian energy, reminding us of who he is and where he’s from. The sentiment seems to have been shared with the ingenious FREEK. While he normally opts for metal-sampled ‘hard beats’, FREEK switched it up and brought in a paradigmatic afrobeat reminiscent of both his culture and Michael Jackson’s cult classics instead.

This track is perfect for silencing all those self-indulgent intellectuals arguing pan-Arabism versus Africanism in 200 tweet-long threads. ‘Lali’ successfully bridges the gap between two essential parts of The Synaptik and FREEK’s respective homelands, proving the malleability of both the artists and the art. Rarely do artists who differ as much as those two collaborate in a way that verily allows them to fuse not only their music, but also their cultures, narratives, and identities in order to produce a cohesive image.

‘Lali’ has a tempo that doesn’t rise or fall, it’s consistent and fast-paced, triggering your feet into shuffling and your hips into swaying. The lyrics, however, are an entirely different ball game. Perhaps it evokes the thought of it being similar to Egyptian Mahraganat or Shaabi music, in the sense that while the beat is vivacious and inviting of movement, the lyrics are (undeniably) renditions of a fragmented soul.

Both artists speak seamlessly about the blackhole that envelopes them upon reliving the past. This act of rememorying triggers a spiral of overthinking, of the segues and tangents our brains try to take us through all at once, bombarding us within the split second it took for a dark thought to spear through whatever mental defenses we were desperately holding on to.

The lyrics crest with the desperation rising, seemingly heading upwards at a high velocity in a straight line, the higher you climb with them the more deadly you know the fall will be. Right when your anxiety and your agony are about to rob you of your breath, they remind themselves, and by extension, us too, that they’re capable of braving the most volatile of storms so long as their family (by blood or choice) is beside them.

This is, quite honestly, on-brand for both The Synaptik and FREEK. Their ingenuity with this track was of a much higher calibre than their first collab, for which they deserve a pat on the back…and possibly a slap upside the head for making our eyes well up.