Through the album’s disorientating production, listeners are held within the hazy borders of the enclosed plane where TripleGo roam. 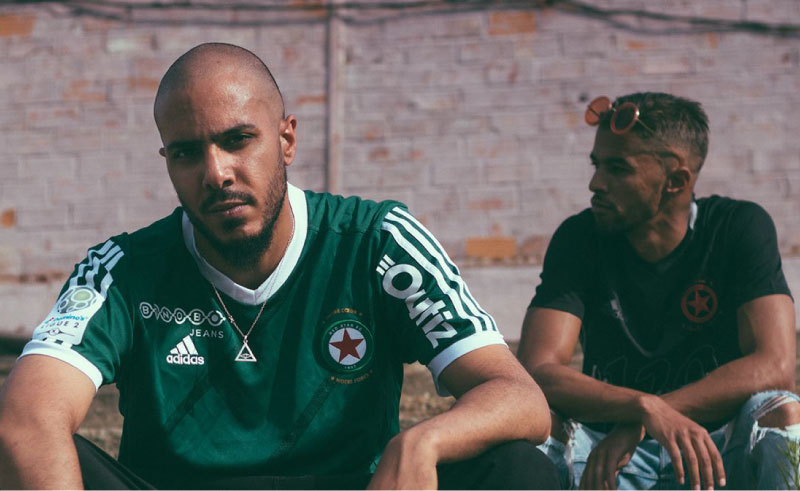 At the helm of French cloud rap, with an alluring languid aesthetic that is lethargic not in idleness but in its nihilism, stands TripleGo.

Based in the Parisian banlieue district of Montreuil, the duo is composed of Sanguee, whose Moroccon origins and tongue are occasionally thrown into his lyrics, alongside MoMo Spazz, the quiet producer who carries Egyptian and Algerian origins and influences.

In the new album Twareg 2.1, listeners are carefully situated through the introductions laid out with each song, which serve as hazy borders that form around the enclosed plane where TripleGo roams impermanently.Occasionally, the duo shows hints of optimism, with MoMo Spazz demonstrating his versatility by occasionally deviating from his signature sinister beats and equipping the album with club-esque rhythms in ‘Côte d’azur’ and ‘Safada’, exploring Latin American stringed inspiration in ‘Morena’, and frequently incorporating traditional Middle Eastern elements expressing a cry of displacement.

And yet despite sanguine moments, the album as a whole is fundamentally an intimate tale of a hardened solitude and misery. Violent, untempered, and stubborn, Sanguee’s lyrical content plays a considerable role in defining Twareg 2.1. Throughout, he reveals a refusal to entertain a sense of arbitrarily defined moral ideals or any industry-required refinement, instead committing to pursuits of ephemeral hedonism for purely sensory fulfilment, such as how ‘Ketama 2’ paints sordid pictures and unabashedly finds gratification in that which can be touched, scented, and swallowed.

In ‘Bebecita’, Sanguee exhibits his prowess in a charged lyrical performance. Immediately after, he returns to a resignation of spirit in the intimate intermission track, ‘‘Une interlude névrosée’ (‘A neurotic interlude’), which can be considered the album’s highlight of inconsolability. In it, there’s no hint of boasting as he sings self self-deprecatingly “I consume grass like a fucking cow, like a fucking cow, like a fucking cow” with a striking air of something in between agony and indifference in his voice. Whichever is more hopeless is hard to tell.

Beyond the stirring sensory listening experience of the album, brought about by the fluid alignment of Sanguee’s vocal hums with the flow of the production’s deeply disorientating meander, it is the inherent rawness and authenticity of TripleGo that produces a native-tongued artistic expression as meaningfully resonant as Twareg 2.1.

Evolving and experimenting within itself, the album unfolds impulsively as an outcome of the trust the duo harbour in their own instincts. Steered by their own compulsions and rejecting cosmetic virtue in their art and lyrics, TripleGo can be considered as the standard bearers of French cloud rap, as well as a legacy of the systemic demographic neglect experienced by Arab and Black communities in the French capital’s suburbs and banlieue, in which counter-cultures and self-governing rap scenes are flourishing.

And within a space of such seclusion coupled with self-defined senses of value, TripleGo are indulging in a nihilist’s view of hedonism.