Alluring in its ambience, the video for ‘Kalam’ feeds off lo-fi dream pop track’s sonic whimsy and lyrical melancholy. 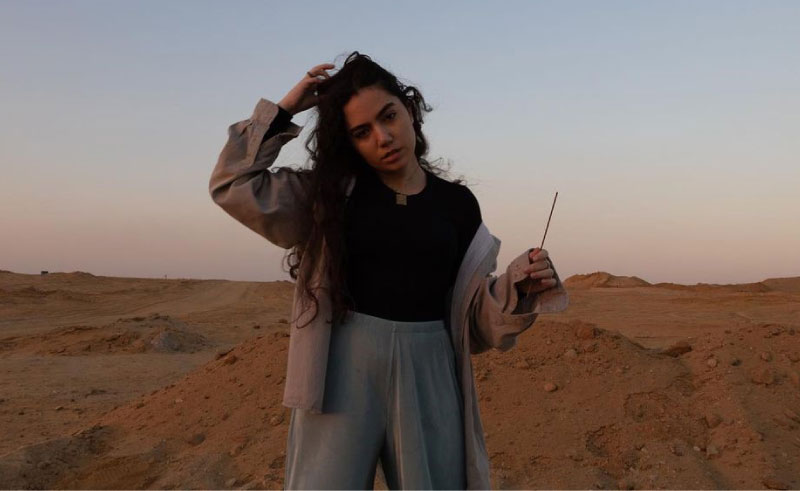 An enigma on Egypt’s music scene, singer Yosr maintains a low profile, but has always made a habit of surprising. In September 2020, the Cairo-based artist released ‘Kalam’, a lo-fi dream pop number that, as of this week, has a suitably personal, hypnotic and inescapably dreamy new video.

The song’s looping chords, ambient percussion and melodic piano are nothing short of entrancing, which the music video feeds off. Circling back and forth between clips of Yosr twirling against an almost nostalgic backdrop of Cairo’s shadowy dusk sky and scenic montages of the songstress pacing across a desert landscape, viewers become locked into Yosr’s wistful world.As the video progresses, we see Yosr’s face become dimly lit by a distant street light followed by snapshots of lunar phases. It’s no longer dusk in Yosr’s world and there’s a general feeling that closure is imminent. Although moody, it’s comforting - it signals an overdue end of a cycle or a phase, be it lunar or personal.

‘Kalam’s music video sits at the sparsely populated intersection between the raw/unfiltered and the dainty/whimsical. Watching the video, there’s no doubt that you’re gaining access to something personal, yet Yosr’s work on this record plays a perfect tug of war with her audience’s curiosity, giving them just enough access to peer into her soul.