10 Musical Acts You Won't Want to Miss at Muzix

As Egypt's first music conference and expo announces its first wave of artists set to perform, we take a look at the local musicians set to make a bang this October... 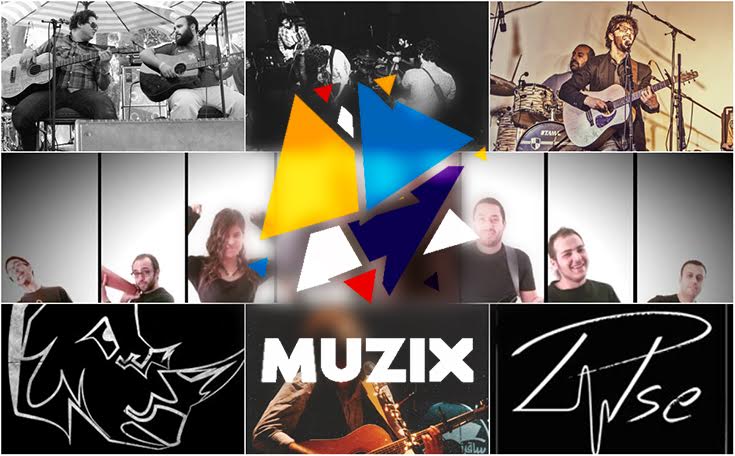 Excitement continues to build as last week we found that coming to Cairo is the debut of a one of a kind expo entitled Muzix. Taking over the Greek Campus on October 23rd-24th, 2015, Muzix aims to create, discover, and spark innovation in the music industry with a series of workshops and inspirational talks on how to be a player in the industry. More than conference and an expo to buy the latest musical gear, Muzix will also be showcasing an eclectic mix of musical acts to provide entertainment while shining a spotlight on homegrown talent. With each day, the list of confirm acts continues to grow, however Muzix has given us a sneak peek at the first wave of acts that will definitely excite Egyptian ears with the promise of many more yet to come.

Hailing from Alexandria, Massar Egbari formed 2005 a quickly crafted a signature style at the intersection where Jazz, Blues, Rock and Oriental music meet. Having toured internationally on multiple occasions, these seasoned veterans are at the forefront of alternative Egyptian music and catching their live performance should be considered compulsory for those in search of ear candy.

There are cover bands and then there is the super talented Cairo-based singer Hassan Ramzy. Covering everything from Florence + the Machines to Bruno Mars, this enigmatic singer manages to bring a new spin on beloved tracks making it his own while having music lovers swooning for more.

As one can guess from the title of this act it is clear that High on Body Fat is Egypt’s political punk outfit looking to disrupt the industry. This is where we point out that we are being sarcastic, as hilariously talented duo of Ahmed Safi el Din and Marwan Imam are High On Body Fat and far from political. Proving time and time again that they are Egypt’s original kings of musical comedy, this outfit will sure to have audiences busting a gut while busting a move.

Hany Must is a musical soul who loves to share not only his favourite covers, but also crafts creative originals and that nourish hungry ears. His signature vocals instantly connects with many, and his skillful guitar playing makes it seem less like an instrument and more like extension of his arms.

Nesma Mahgoub is a talented singer emerged from nowhere to win the hearts of musical fans across the Arab region, by winning the eighth season of the beloved Star Academy. Having the ability to connect with music lovers through a television set, it stands to reason that seeing her perform live will be treat for anyone who loves to watch powerful ballads come to life on stage.

If you attend live shows often then chances are you have heard the unmistakable vocals Shady Ahmed. Over eight years, this musical troubadour has brought new life to classic tracks, grown an iconic afro, and has raised the bar with a collection of originals. Shady Ahmed’s ability to penetrates the listeners cerebrum across a variety of genres often results in an emotional response, so prepare yourself to feel the blues in the best possible way.

Looking to give the chance for the newest emerging acts to share the stage with veterans is one of Egypt’s newest alternative trio Pulse. Made up of singer Omar Emara, guitarist Moataz Saeed and bassist Mohamed Elfarra, Pulse looks to solidify their spot on the musical scene, and will definitely be a band to watch as they try to prove that they have the musical chops to reach for the top.

Created in 2011, Karkadan aka Karim ElGhalid is multi-talented artist often credited as both a gifted songwriter and composer. Standing out from others on the scene, Karkadan likes to create songs that are reflective of everyday life in Egypt connecting with listeners on more than just a musical level. His music videos are widely creative and this rare performance will be worth checking out, especially for those who love the clash of abrasive rock and oriental waves.

Need a boost of energy and cultural sounds? Then look no further than the Malaleem band. This talented group of musicians manage to channel sounds ranging from Latin to Funk to broadcast their own signature sounds guaranteed to have your feet moving. We recommend bringing your dancing shoes as you may lose the ability to control your limbs with their carefully crafted rhythms and deliciously crunchy solos.

Often when one wants to refer to something as the best in their market they say it is the Cadillac of *industry*. Just like a Rolex is the Cadillac of watches, The Cadillacs are definitely the Cadillac of cover bands in Egypt. In tune with what Egyptians love to hear, this high octane, well oiled, Rockabilly musical machine will have you dancing on all cylinders, as you take a stylish drive down musical memory lane.

This is only a teaser announcement as the full lineup is expected to be released in the coming weeks on Muzix official webpage. In the spirit of giving emerging artists the chance to share the spotlight, Muzix will be running a competition to feature Egypt’s best up-and-coming musical act. If you think you or your band fit the bill then we suggest regularly checking their website for latest details on the competition and the amazing acts yet to be announced.