3alganoob: Marsa Alam's Hippest Music Festival is Back for its Fifth Edition 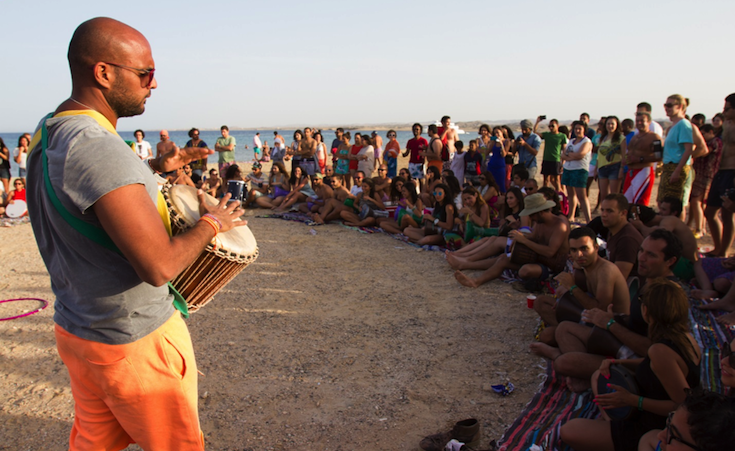 One of Egypt's hippest and most eco-friendly springtime festivals is back again for the fifth edition of its annual proceedings. The temporary beach-side utopian community is taking over Marsa Alam’s Tondoba Bay between April 14th and 17th, for four full days of musical performances, diving, kite-surfing, yoga, jamming under the stars, and much more meditative, beach, and music-related activities.

The line-up revealed so far includes Alexandrian anthem-crafting mega-band Massar Egbari, Egyptian electronic duo Disco Misr, and the talented DJ Sewwes who’s set to play out some of the best funk and disco tunes to ever hit Egypt's Red Sea shores. 3alganoob is scheduling their usual sorcerous musical ceremonies - otherwise known as drum circles - as has been the case with each previous edition. The extended jam sessions between the festival goers will always be the cherry on top.

The conveniently timed retreat is taking place around Easter holidays and packages include accommodation in the form of chalets, huts, tents or the ability to bring your own tent in addition to two-way transportation. To reserve your spot, you’ll need to fill out an online application form and 3alganoob representatives will get in touch with you to confirm.

DISCLAIMER: This 3alganoob festival is not to be mistaken with the defunct copy-cat festival, of the same name, that failed to provide adequate toilets one year and came crashing down thanks to a sandstorm the next.