Omar El-Abd just dropped a fantastic Electronic Ambient album some six days ago so we take a listen... 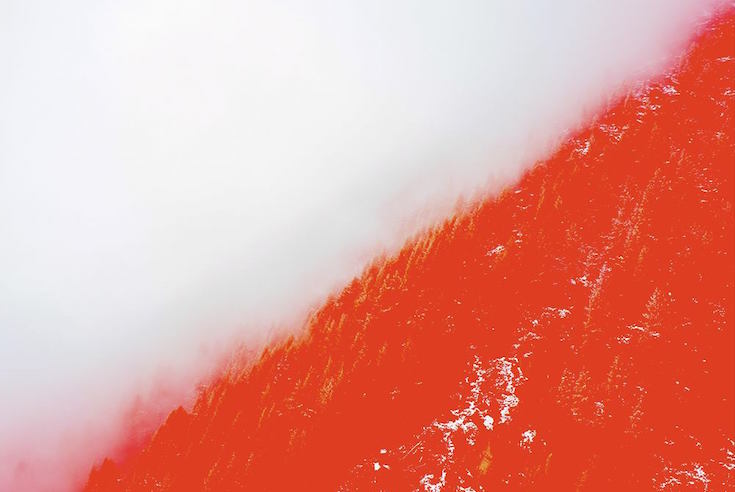 Not much information is available on artist Omar El-Abd who is still relatively unknown with less than 500 likes on his Facebook page, but with his latest release El-Abd hits every nail square on its head; the album consists of seven tracks plus a bonus one, that are all creatively masterful. The young musician seems to have been garnering a small following of local Electronic music connoisseurs - The Quiet Ones is a very advanced listen.

The album starts off with Vows, a hypnotic drone track, utilising some very peculiar glitch sounds and lo-fidelity white noise, accompanied by some one shot samples and an otherworldly synth that rolls on through the second half of the track, drawing on some very surprising panning for a seductive surround effect that leaves you shuddering. Moving on the second track is called Sonder and is also a rather hypnotic piece. Differing from the first one in sound synthesis more than style, it contains some different sounds than the first, mainly a bleep sounding like it came from under the ocean. Hiraeth, the third track out of the bunch, picks up with a bit more spunk than the previous two, utilising similar soundscapes but with a different mood, a bit brighter. A noise in the background sounds like it's raining on concrete or some other pitter patter of the type - sounds like a lot of field recordings went into this album, and with great results too.

We were stopped in our tracks by the fourth track, Blossom, which is basically two people having sex! We must point out that we do not condone the use of recordings taken without the consent of the person being recorded, and that's just the first of our issues with this track. What we would like to know is why?! We don't really care who but if it isn't Omar himself having the sex wouldn't that be plagiarism? Copyright issues aside the track is not all that good compared to the rest of the album, it is our least favourite out of the lot. Basically it is lacking in every direction; be it artistic expression or musical prowess, the artist failed to convey his message to the listener. It's just two people having sex with electronic sounds, one shot glitches and noise going off in the background. The girl who was enjoying it at first doesn't sound like she's having that much fun past the peak - poor creature sounds like she is in pain towards the end of the track.

With Mayday the artist picks up again where he left off before the blossoming booty call, this time a bit happier, strumming some electric guitar chords, and hitting on some very nice clicks and glitches, making for one of our favourite tracks. Nods starts with a pulsing gate, or delay effect on some noise, and a synth protruding over; it is a fine sonic piece with evidence of El-Abd's production skills - which are prevalent throughout the album. What remains is an obscure track with a Japanese title that translates to Dream of Japan, and Cirrus an old release by El-Abd offered as a bonus track. Both are outstandingly creative, in a minimal way - the best kind. Over all the album is intense. We love it and think that Omar El-Abd is an extremely talented producer that will go far if he continues to produce such outstanding pieces of music.