Previous Post
Mac's Kitchen Makes Your Food Choices For You So You Don't Have To
Next Post
Circles In The Sand: Saad el Din’s Stunning Paintings Depict A Shadowy Egypt

In his debut EP, Seif Latif delivers on a sound that we are missing tremendously in this town - a mix of ambient, chill-out, and new wave will take you to the comfort of your living room, regardless of where you are at that very moment. 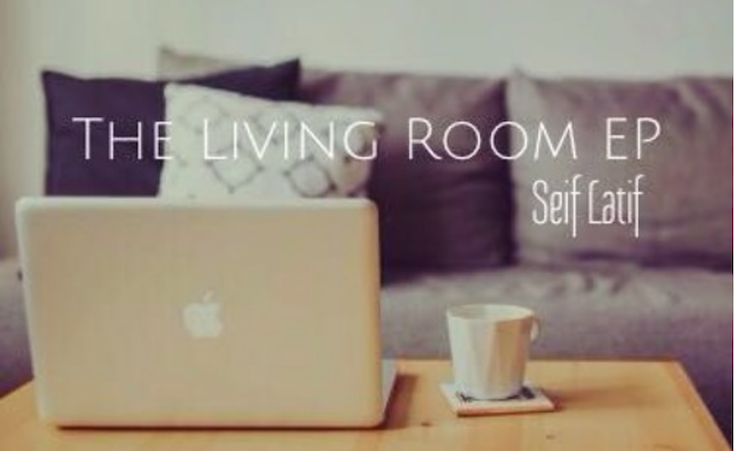 Amidst all the incessant khabt that our city has been drenched in these past few years comes a release catering to a different sound. Seif Latif makes his debut, releasing an Ambient, New Wave, Chill-Out album - many sub genres here, but very fitting - that really caught our attention. Seven tracks of pure joy, the sound design, compositions, and mix down quality are all top notch; The Living Room EP takes you away from the frustration of your workday and delivers you to your living room for the time spanning its length.

The first track, called Tap All Keys (Vol.1), starts out with some heavenly piano keys laying waste to all your worries; it rolls on, and as it does, it overtakes your thoughts, delivering you to a happy place - a chilled out place, say your living room masalan? Track number two, called Motions, really picks up with a very groovy beat, reminiscent of old Nicolas Jaar. A wind instrument and some Latin percussions relay together for the ultimate combo - sound design 3azeem. Next track, The Natives, abides by the same rhythmic structure and similar sound arrangement as Motions; a wind instrument is also involved, with a percussive sound, but this time they are different. Same idea; different sounds.Moving on, a vocal sample of Shirley Bassey singing Sinatra's If You Go Away is mixed in to a contagious bass line and a drum pattern that is as trippy as an Ambient track is allowed to be before gaining the notorious Psy-Chill label. The initial drop and Shirley's voice make you relax against your own will; be careful, relaxation at that level (out of an accepted social context) can lead to some very awkward situations, especially at work. Listen to it only during your break, this album, or you will lose focus. While track four sounded similar to the rest of the tracks prior to it, track five - Heal - takes a different direction. Although, like the track before it, a vocal sample and some keys are involved, but it sounds and feels like a whole other living room. In this one, the furniture is not modern - it's less technical than the other one - with some filters being applied heavily before the first drop. Filters are definite ear pleasers, if used right, and Latif is spot on.

The album is all really good, and the last two tracks are exceptional. 1935 (Tribute to Fairuz) is a fantastic piece of Ambient/Chill. A peculiar soundscape is created that gives the track an underwater vibe. A rather raw utilisation of panning adds to the underwater feel; not every sound has to be perfectly timed, or sounding crisp. The Fairuz vocal sample doesn't extend on its own, it's effected heavily and then cleared up for a split second before the effects sweep in again. Track seven, Survival, ensures Latif's survival in this business; an astounding vocal sample is accompanied by a clap and a drum roll on repeat, followed by some highs, leading the way to the first drop - a track that ends the EP leaving the listener begging for more. Latif's debut is a welcomed contribution, and he has proven himself to posses a unique sound that is a definite asset.

Unfortunately the artist doesn't have a Facebook page as of yet, but you can follow him on Soundcloud here.