A motley crew of the Arab world best loved underground musicians have come together to form Alif. We get a sneak preview of their debut album ahead of its release this September. 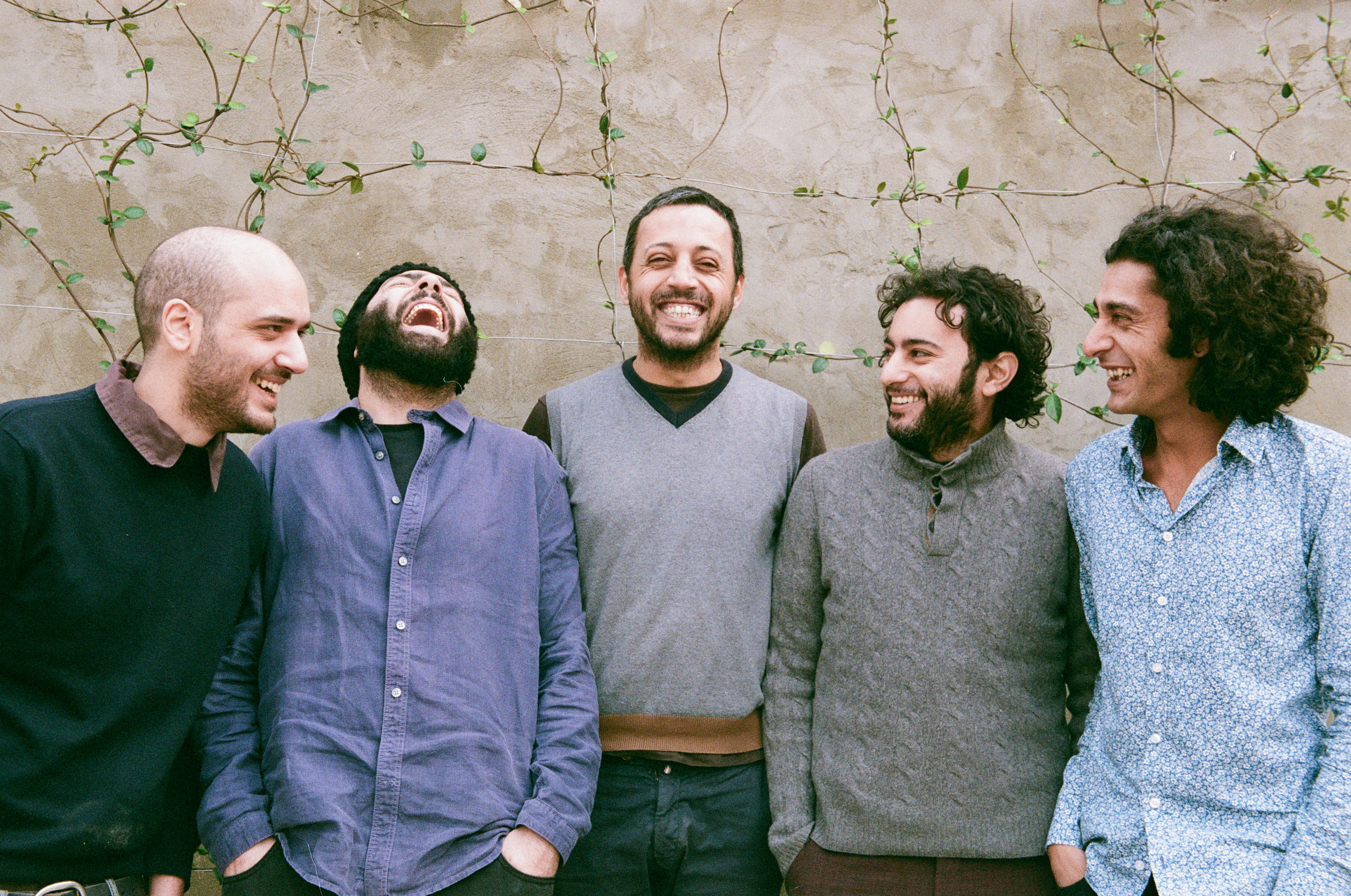 When Khyam Allami (Oud), Tamer Abu Ghazaleh (Vocals/Buzuq), Bashar Farran (Bass), Maurice Louca (Keys/Electronics) and Khaled Yassine (Drums/Percussion) come together, you know it's going to be good. Each masters of their music, this long-anticipated formation is ready to turn heads and fill venues, as their debut album Aynama-Rtama, released by Nawa Recordings, is already causing a stir.

It starts with the song Holako which has a sizzling modern-Oriental touch to it with a fusion of electronica and oud. It gave us a light-up-that-Jay-now kind of feeling; the kind of music that’d give you enough creativity to come up with an idea to save the world from Justin Bieber. This is largely due to the enigmatic lyrics which we found out was actually a poem by late Iraqi poet Sargon Boulus.

Our favourite track is the second: Dars Min Kama Sutra. There’s a specific reverse-sound-design motif to it that got our heads into the song as we imagined a cinematic montage to go along with. Again, poetry plays a big part in that feeling, as this time the track features the verses of renowned late Palestinian poet Mahmoud Darwish.

This is the kind of album you’d take to your parents and grandparents and tell them, “Hey! My generation makes good music!” However, if you’re a musician, your perspective changes. Listen to Al-Juththa and you’ll know how good Alif really is. The song starts with an intriguing synth ostinato that tells you, ok, there’s a rich story coming. Then the oud and vocals come in, that’s when we knew something epic was about to happen. The drums and the bass cue together to give you chills as Tamer sings in pianissimo giving the picture he’s drawing with the words an admirably authentic value.

The whole album is a suite of mellow atmospheres and evocative moving textures; you can’t listen to any song and not see a movie scene in your head. The best part was that Alif didn’t cling to the oriental side of music; they made an exceptional approach by adding aggressive unique synths and cut-through-the-speakers drums. Overall, the album is highly recommended to those who like their music eccentric and different from what the world listens to. Staggering drum rhythms, creative sound design and an oriental twist: it doesn’t get any better than that. The album left us craving more of this underplayed genre and style in the Arab region; however, we doubt anyone would do it like Alif.