Egypt’s biggest exporters of trance are bringing the show to the Pyramids once again. 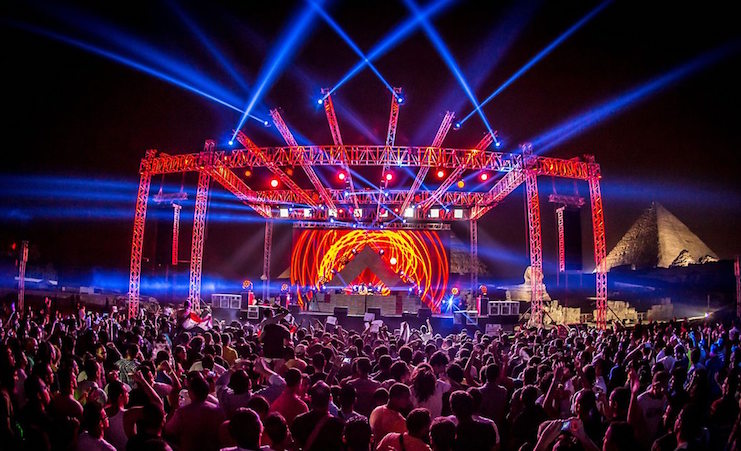 Egyptian trance deities Fady Naguib and Aly Fathalla (aka Aly & Fila) have set their names in stone among the legends of the genre with a career spanning 14 years. In this decade and a half, they managed to make the shift from Egyptian up-and-comers in the mostly European-dominated genre, to one of its most sought after names.

Amidst a bustling schedule, between touring and producing music, having nearly all of their releases top charts, headlining bills to nearly every major electronic music festival, and running one of trance’s most fortified labels - never have they forgot where they came from, they proved loyal to the legions of fans back home time and time again.

After bringing the celebrations to Sharm ElSheikh in 2011 for the 250th episode milestone of their Future Sound of Egypt (FSOE) radio show, they turned it into a habit ever since. The celebrations took place annually at the South Sinai town for every 50 episodes cycle until 2015, when they decided to take it to the next level. For the 400th edition, that year, they played a sold out show for thousands of dedicated trance fans coming from all over the world, for what was hailed as a historic event.

A year later, for FSOE 450, they took it a step further with their Luxor event at the Karnak Temple which saw, yet again, an amazing turnout for an undeniably solid lineup. This year, Aly & Fila’s Future Sound of Egypt turns 500 and they’re bringing the celebration to Giza, with The Great Pyramids as the backdrop once more. The legendary duo took to Facebook to tease their fans. The date is set for September 15th, and in terms of the line up mum's the word so far - let’s wait and see what they have in store for us.