As outspoken as they get, we talk to the man blurring the boundaries between art, music, poetry, politics and more... 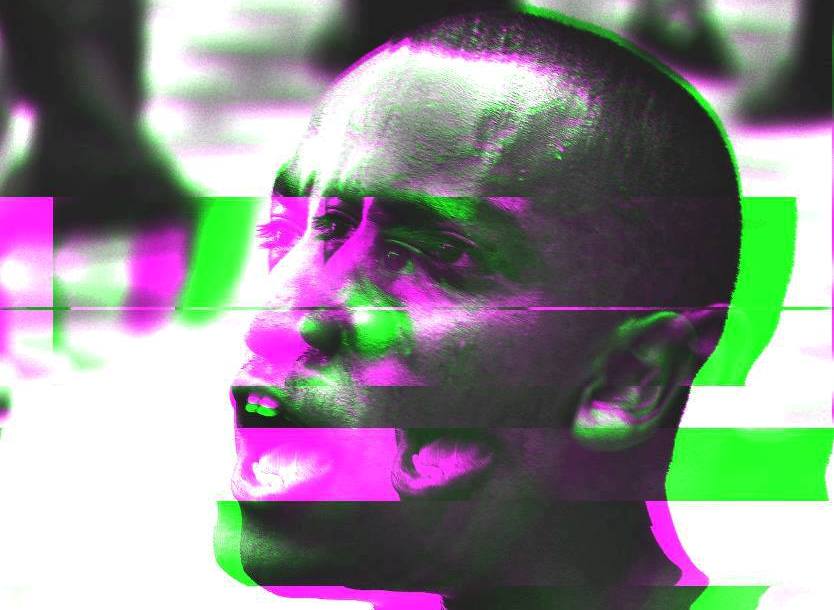 Ali Talibab is spoken word artist, an intense figure who’s collaborative efforts with other experimental musicians aims to create a kind of cognitive dissonance with his audience. Bringing awareness to societal issues affecting Egyptian youth today, he creates a sort of chaos highlighting taboos in a passionately poetic fever on stage as a solo artist or as the frontman of El Manzouma. The frustration and words visibly come right through him, as opposed to from him, his art is an engaging form of revolutionary free expression that hits harder than any hook, and doesn’t only expand the audience’s minds but also the stagnant rap scene here in Egypt. Following on from his performances at D-CAF and the recent TedxCairo Equilibrium, we spoke to the 22-year-old acclaimed performer on the art of the spoken word...

So what do you do?

How did the idea to form Manzouma and your project with DJIT come about?

The idea originally was to use the words to express and create the few metres for me to walk in. I come from a 90s mainstream Hip Hop culture and started moving to the underground while growing up and as the internet became available through time. I was introduced to the very wide concept of “Music for Change” and had to find the ways to effectively engage with the audience so they allow you to talk to them. Musically, I found the live instrumentation of El Manzouma a good reflection of that. A sound that is angry, spontaneous, and hip too. We use the music to create this common ground with the audience so they are later on able to listen to (and accept or refuse) whatever we say. As time progressed, I started feeling my music caving into itself more and more; getting more concerned with where I stand. The aim and goals of what I do started fading and this is where I met Dijit who is a good company if you are walking in the dark alleys of your mind.

Do you think that having your rhetoric, back-dropped by music, makes it more accessible for an audience?

Sure. Like I was just saying, my words are normally not easily accepted as music and I’m too straight forward with writing exactly what I think. I’m a fan of big collisions. You might hate me after a song or two but I’m positive that I left you with something to think about. That is exactly what I’m looking for. So having music with my words is a very important part of the process, to create this common ground first.

Would you call yourselves more performance artists than a band?

If you mean do we try hard to give the people a performance, then I think we are more of a band than performance artists. I’m more interested in giving people food for thought. Anything we do on stage is primarily to tell people yes, it is possible to do that on stage. We are very much concerned with fighting boundaries and guidelines. It is always the idea behind every act on stage. We might perform on stage but the performance is always to deliver something.

We saw your recent performance at Ted-X. Had you already planned what you're going to talk about or recite on stage, or is it more spontaneous/free-form?

I was interested to try my music on a different platform. When TedxCairo approached us, I was a bit surprised. I wanted to take my “garage sound” experience to a concert hall. We let the music flow and guide the show. We mostly improvise with pre-written lyrics. On meeting the audience, I try to radically suit the words to push whoever is listening out of their comfort zone. I do not aim for them to like me as much I aim to tell them that I exist.

There's an argument in which artists should be making art only for the sake of the art in of itself... to create, so to speak. Meanwhile another perspective is that creative mediums should be used to expose social/political unrest to the unaware. Where do you stand on that spectrum?

Ok. What I believe in is that the artist is usually a progressive individual. Someone who has an insight. Someone who is able to look beyond. Someone who is way bigger to be used as a tool. Artists shape the intellect. I am not one. I (one the other side) am a reflection. I understand art for entertainment and I understand art for revolution. What I can’t understand is talentless clowns disguised as artists. My music is for the revolution. A revolution that breaks taboos and values. I fight for that. I fight for our free will. I fight the public and force them to accept my choices. I fight authority. I fight governments. I stand for the poor, make their voice heard. That is what I do.

Are you as pessimistic/nihilistic in real life as your poetry would make you seem?

What sort of experiences have you had to be able to transcend the frustrations of Egyptian youths so vehemently?

Like every other kid who was less fortunate, not waking up to a golden spoon in his mouth, I know when life shows you it’s darker side. I don’t really want the people to listen to me over sympathy.

What kind of music are you into yourself?

I’m interested in Hip Hop sampling. This got me to every other genre. Right now, I’m answering your questions listening to Igor Zhukov playing Bach. Besides, I don’t understand genre classifications...

What is the process for writing your tracks together?

The process is mainly about being inspired. I rarely sit down and write. I wait for the words to come.

Have you got any upcoming performances we should look out for?

I will be participating as Aly Talibab in the Red Zone Festival hosted by the Cultural Resource. I will be in a spoken word workshop with artists from Lebanon and Jordan. The show will be presented in the Falaki Theatre on the 3rd and 4th of May.

Check out Aly Talibab on his Facebook page here