The BA’s insane 25 day Jazz Tales festival is bringing the world's finest musicians to perform concerts and workshops to the masses in Cairo and Alexandria as a collaboration with the AUC. 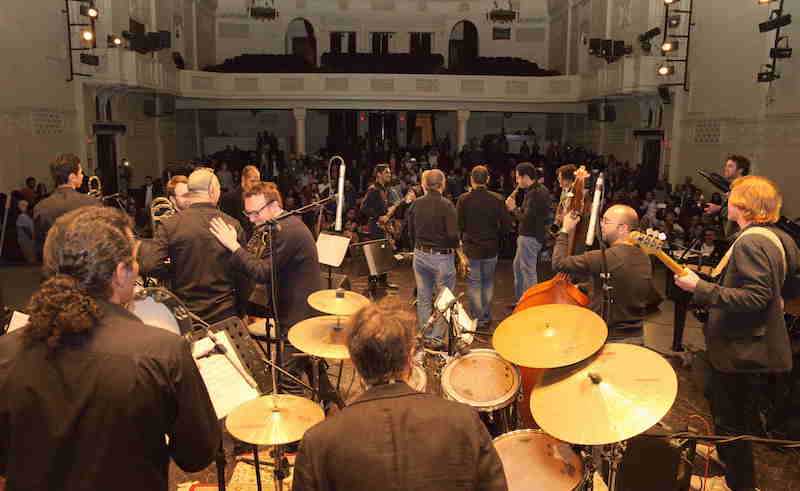 It seems that Jazz in Egypt is finally returning to the sustainable presence it enjoyed in the early days, and one of the organisations seeking a role in its return is our very own, world renown, Mediterranean cultural institute Bibliotheca Alexandrina. Their new and ambitious effort is called the Jazz Tales Festival and it’s a month-long event featuring paid and free weekend concerts taking place between the Bibliotheca and Cairo’s AUC Downtown Campus. The massive gathering will be featuring many Egyptian and American bands ranging in style from Egyptian to Latin jazz.

This endeavour isn’t just focused on the 12 concerts, though, it encompasses several workshops which add an educational element to its mission. Each workshop will be co-hosted by an Egyptian and American band who will go on to perform the following weekend. Workshops will be held every Tuesday and Wednesday till April 1st at AUC New Cairo’s Gerhart Theater, followed by a performance on Friday at the Tahrir Campus, with the bands travelling to Alexandria the next day to play at the Bibliotheca. Bands that have performed so far include New York’s The Rad Trads and The Boghdady Big Band, whose co-workshop took place on March 7th and 8th, and whose Cairo and Alex performances on the 10th and 11th marked the festival’s kick off. Giving another jazz masterclass and performance this week will be bass clarinet magician Todd Marcus as well as the local Wave Jazz Band. Marcus, Wave Jazz Band, and The Cairo Big Band Society will be switching performance this coming weekend between Cairo and Alex.

The rest of this massive undertaking will feature more American bands like The Braden/Michels Project and The Huntertones, they'll be accompanied by their Egyptian counterparts; Sherif Watson & Triple Trouble Band and Shady Al-Qaseer Group. They will be following the same mid-week workshop and weekend performances split between the two cities.