In the latest of our profiles on young, up-and-coming Egyptian musicians, we put the spotlight on the elusive Ahmed Wael, better known as Allen Walker, to talk about reviving retro Disco hits... 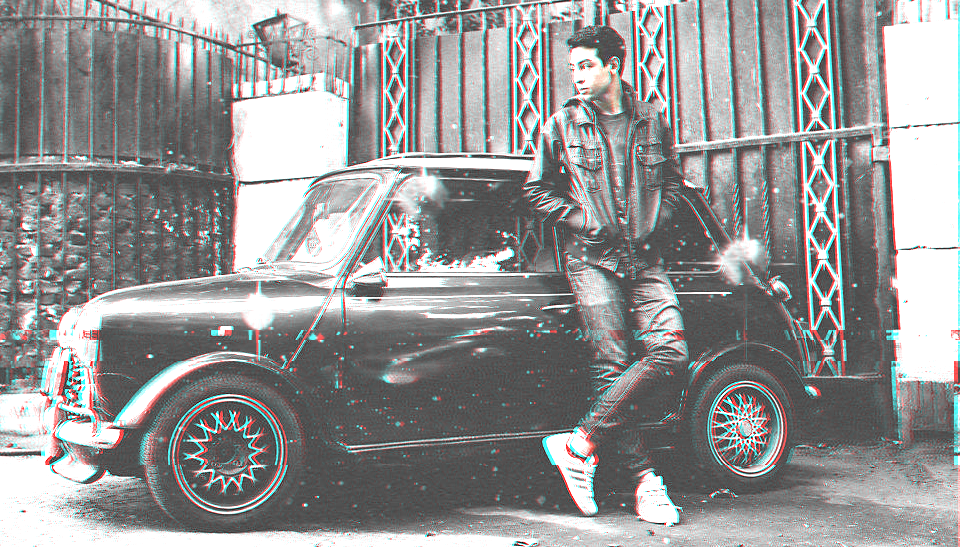 Ahmed Wael, AKA Allen Walker, stands out in a mirage of more underground electronic Egyptian producers at the moment, heavily influenced by emerging Techno and Deep House scenes around the world. Instead, his Nu-Disco remixes and productions seem a perfect mould for the Kitsune Maison label - they’re infectiously upbeat, wrought with catchy bass-lines and sonically retro but with a hint of what makes the likes of Justice and Mr.Oizo work in the midst of a club set today.

After a string of ambitious remixes, ‘re-writing’ the likes of et, Gorillaz, Priors, Justin Faust, Blue Satellite, Kids Of 88, Shinichi Osawa, the 24-year-old has garnered some international acclaim over the last few years and his debut EP ‘I Am Allen Walker’ was released in 2012. Alas, Allan Walker still seems like someone basked in undeserved anonymity and as such we caught up with him ahead of his first gig in Egypt at Vent this Thursday 17th April for the latest in our series of Boys & Their Noise Interviews…

I am not quite sure as to how I got into the music industry, I guess it was something very natural for an aesthetic person like me. After years of drawing, I wanted a new challenge in life. So, in early 2009 I set up my first Myspace page and there on after, my career and fan base just grew bigger and bigger each year with most of my EPs being released just two years ago. This came after having accomplished what I set out to do first namely, to remix my all time favourite artist: Shinichi Osawa.

I will say the FL studio franchise and I would like to add that we have some sort of love and hate relationship. We always seem to be able to meet deadlines and finish projects, but it is a long and rough road to get there.

Why do you refer to your remixes as re-writes?

Re-writes are similar to remixes however, I believe that the general knowledge of remixes is tiny if not totally unknown. Re-writes for me are a way to express myself and more of a way, as an artist, to get from A-Z. What I am trying to say is that, I play with everything on the track so it is almost like taking a 180 degree turn from the original.

Where have your tracks/re-mixes been featured so far?

My tracks have been featured all around the world. From small time blog pages to big ones to advertisements and even compilations by my favourite DJs and clubs in Boston, Stockholm and across Europe, which is where I find my biggest fan base.

With Techno, Deep-House and Ambient music taking over the underground scene in Egypt at the moment, do you think there is still an audience for your more up-beat Disco/Electro tunes?

I am a pretty nostalgic guy so, House and Techno have always gone hand in hand without separation in my opinion. That new sounds and styles are emerging around Egypt is natural and very healthy in a sense. Not only is this very particular for this country but this whole new Detroit sound is shaping the House sound for 2014.

For myself, I would say that my music is not defined by a particular style of electronic music, yet I do have a signature way of putting my tracks, but the Detroit-ish sound is still unknown territory to me. I believe that there has always been a battle ever since Disco and Funk emerged side by side. What Chicago and Detroit did was to succeed these two - and I happened to have sided with the notorious Chicago sound which carried a happier decisiveness to it. So, is there still room for Disco/Electro tunes? Yes, I do think so. As Detroit has found its revivers in recent years with Disclosure taking the lead, we will need a reviver soon too, like Ed Banger Records and Justice did back in 2006.

Hobbies/interests outside of music?

As I had accomplished the mission I set out to do when beginning in early 2009, remixing Shinichi Osawa, I have been more reluctant to pick up my first love which is drawing. In order to find inspiration to this, I read books. Books with ancient history connotations and to top this off, I go fishing whenever I find the possibility to do so.

Who are you listening a lot to these days?

With everything going mainstream these days, I always tend to stick to the underground. The Who, Talking Heads, Bibio and the like are the artists that takes my breath away as soon as their tracks are up. Then again, there is nothing better than to go back to the heyday of dance music and pick influences in order to continue my innovation.

I am a very picky guy when choosing whose work to follow. Therefore, the only one worthy of my attention at the moment is Hamza Namira. A fine musician.

Have you gigged anywhere so far or is Vent your first lived performance this weekend?

I have not fancied playing out until recently. I played a show when I lived in Austria at a club called MBC (My B**ch Club) and at a promotional event in Cairo. So, Vent will definitely be an exciting time for me.

I am a self-taught multi-instrumentalist. But I do have a weakness for the bass guitar because I believe it is the heart of all songs. I love it the most.

Where did the name Allen Walker come from?

It looks bright and I even think it will gain its former glory... at least in some scenes. For example in Trance. I would like, however, to see that it becomes the center of dance music in North Africa and that we will pump out more than just one sound.

By continuing where I finished off in the question above, I hope of course that my music will open up doors for many other Dance music protagonists. That is where I hope to see myself, music-wise.

Check out Allen Walker on his fanpage here, Twitter here and soundcloud here. He performs at Vent's Disco Night this Thursday 17th.