It's Britney, bitch, but not how you'd imagine. The UK's Royal Navy have been using Ms. Spears' music to deter pirates at the Horn of Africa... 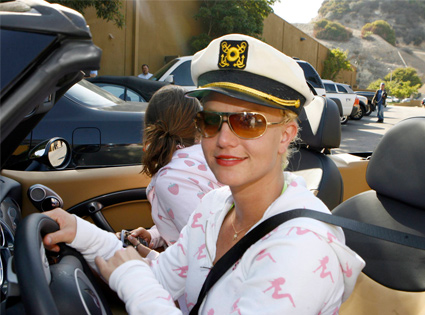 Anyone who wasn’t hiding in the basement during their childhood (who knows, maybe even then) is well acquainted with Britney Spears’ hit songs; Oops I Did it Again, and Hit Me Baby One More Time. But what none of us anticipated was their use as arsenal in sea-fare battle tactics.

The Royal Navy has been reported to deter pirates in the Horn of Africa by blaring hit Western pop-music, especially tracks by Britney Spears. According to Rachel Owens, a second officer in the navy, “Her songs have been chosen by the security team accompanying our tankers because they thought the pirates would hate them most… These guys can’t stand Western culture or music, making Britney’s hits perfect.”

Piracy in the region is a burgeoning problem for cargo-bearing ships that navigate through the waterways. The pirates attempt to board passing vessels in hopes of conducting kidnappings and orchestrating multi-million pound ransoms. In response to these crimes, the British armada has increased patrolling in the area and brought out the meanest weapon of mass-diversion there is; Britney Spears.

Member of the Security Association for the Maritime Industry, Steven Jones, elaborated on rebound tactics adopted by the pirates saying; “Pirates will go to any lengths to avoid or try to overcome the music, even using earplugs.”

That’s right, because we all know how technologically advanced earplugs can be.