How one man with a bunch of machines is bent on changing your life forever – well, your Friday nights at CJC actually. Close enough. 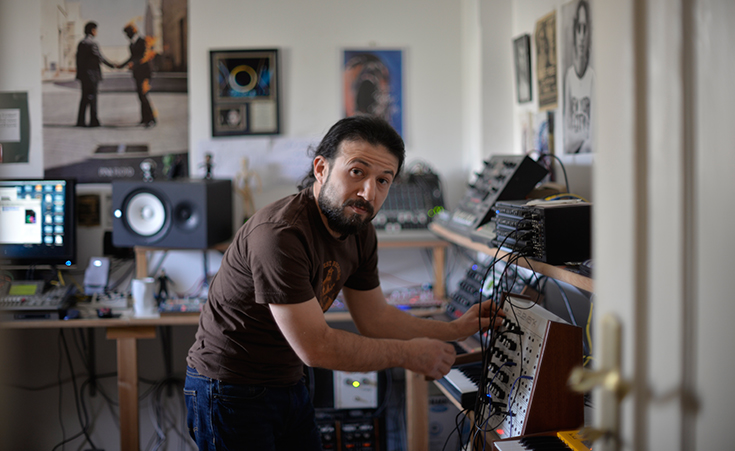 The art of noise is, in fact, a thing. Not only is it a thing, but an academic subject being taught in music schools around the world. But Burdizo – a.k.a. Mohamed Ragab – needed no teaching whatsoever. A registered Moog artist and a frequent visitor to the US festival circuit, the man behind Burdizo won't stand for second guessing. "You don't need teaching, you don't need any formal training to make electronic music," he tells me. "It's just a sense, you either have it or you don't." Having that sense alone is not enough, though; Ragab is sure of that. He spent over 20 years crafting his skills, learning to program synthesisers and utilise them in a sequence that allowed him to create patterns that were later put together to form tracks – the tracks that were capable of catapulting Ragab to international prominence where he enjoys a rare type of success, one that doesn't translate to riches, fame, or bitches, but into relationships with people, sounds, and places.

"The daughter of Bob Moog, the man that created that synthesiser, is a personal friend of mine," he says, pointing to a Moog Voyager quaintly sitting in the corner of his studio. He also states that he went shopping for synths at the same shop where Nine Inch Nails buy their gear, and to him that is what he had set out to achieve in the first place – breaking through internationally, that is.Now, Ragab is gearing up to dominate using the Burdizo moniker, where he plans on revisiting the US circuit as a one-man show as opposed to one of his other projects - Machine Eat Man - where he would tour with supporting artists that complete the sound. This time it's just him and the machines, no men are being eaten, and if you can't catch him touring the US, a gig at Cairo Jazz Club next Friday is your best bet.