As part of Cairo's annual Jazz Festival, kicking off next week, Cairo Jazz Club will be hosting a trio of tantalising nights, proving that everyone's favourite club is indeed the true home of Jazz in Egypt. 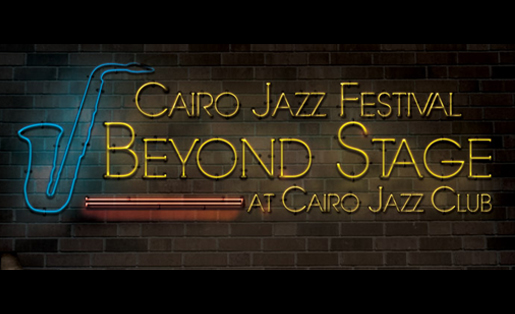 Cairo Jazz Festival is back in the land of the Pharaohs and it's bigger and better than ever. It's returning for its sixth edition with a killer line-up for all you jazzy fiends and will feature both local artists, and acts from countries as far flung as Japan and Australia, who have suffered through 14 to 20 hour flights just to be here and regale you with their musical tales (they won't be telling any actual stories guys, it's not a reading circle). The festival will mainly be hosted at Al-Azhar park but some of its most intriguing events will be taking place at everyone's favourite watering hole, Cairo Jazz Club, which has the added benefit of allowing you to get buzzed while you take in their tunes. The jazz festival's Beyond Stage events will all be taking place at the iconic jazzy hub in central Cairo, so you don’t need to make the drive out to Azhar to catch these awesome acts that will take the stage on three consecutive days.

On Thursday the 13th of March, the Moroccan Oum will be taking the stage and putting you in a hypnotic trance with her soulful compositions that she effortlessly blends with influences from the 'culture of the Moroccan Desert' (we don't know what the hell that means but it sounds deep), infused with some African rhythm and topped off with jazzy twist. Us We Lazq will also be performing their musical collage of sound that mixes various genres to create one final and very fabulous ear-pleasing fusion.

Next up, on Friday the 14th, Soopar Lux will be mesmerising you with their funky mix of Oriental melodies and original live house compositions for what's sure to be a soopar awesome performance, if their track record is any indication. And, as the night wears on and your buzz gets buzzier, crowd-pleaser DJ Safi will be hitting the decks with his hot House sets that will definitely keep you in the grooving mood way into Saturday.

And finally, on Saturday night, closing out the three-day music-fest, there are three awesome acts lined up for your listening pleasure. The night will be starting out with the best thing to come out of Austria since Arnold Schwarzenegger, funky Mo-Town band Holler My Dear, who will get you amped up with their live performance. And before you hit they hay that night, you can take in one final performance by visionary Tunisian artist Nabil Khemir and his guitar/lute hybrid (we are Googling that as we speak because the only hybrids we are familiar with are of the vampire/werewolf variety) and his talented quartet. Oh, and CJC's very own Michelle Rounds will be taking you round and round in your head with her beautiful vocals.

You can book for all of these nights at Cairo Jazz Club using Tazkarty.